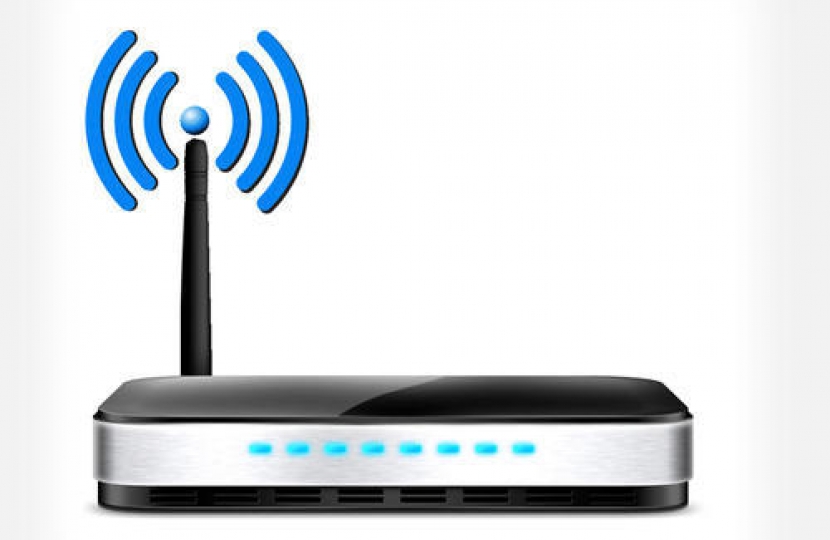 The Covid pandemic has shown us how reliant we all are on reliable internet connections for remote learning, to access GPs and other public services, to work from home and run businesses, access public services, as well as to stay in touch with friends and family. In addition to commercial investment plans to deliver gigabit-capable networks to at least 80% of UK premises by December 2025, the government's £5 billion Project Gigabit will be targeted at the remaining uncommercial areas with the aims to deliver 85% gigabit coverage by 2025 and push further towards 100% coverage.

Through the Better Broadband for Norfolk (BBfN) Superfast Programme - a multi-million-pound project led by Norfolk County Council, in partnership with Openreach and DCMS the availability of superfast broadband has increased from 42% to approximately 95% since the Programme started in July 2013. In addition to the Superfast Programme, the County Council has also delivered a BDUK funded Local Full Fibre Network Public Sector Building Upgrade Programme with 410 public sector buildings being upgraded through the project.

The average download speed in North West Norfolk is 41.8 Mbps and over last year the availability of superfast broadband (30Mbps or more) in North West Norfolk has increased to 95%. .The availability of gigabit broadband has increased (according to the independent website ThinkBroadband.com) from 2.7% in November 2020, to 5.9% in November 2021. However, as many as 11% of premises are receiving speeds under 10 Mbps. If you can’t get a download speed of 10 Mbit/s and an upload speed of 1 Mbit/s, you can request an upgraded connection and details of how to do so are available here

More than one million hard to reach homes and businesses will have next generation gigabit broadband built to them in the first phase of a £5 billion government "Project Gigabit." Available speeds will increase to more than one gigabit per second . It means families no longer having to battle over bandwidth and will give people in rural areas the freedom to live and work more flexibly.

Norfolk is part of the early phase of Project Gigabit with the regional supplier procurement set to begin early in 2022. The contract is estimated to be worth £115-195 million to connect a total of 111,400 premises and is due to commence in 2023. Total numbers will depend on commercial investment plans and the number of in-scope premises may change as a result of commercial coverage plans from broadband providers being more extensive than previously expected.

"Improving broadband speeds is an issue I have campaigned on so I am pleased that Norfolk will benefit from the early phase of the rollout. Now I will be working to ensure North West Norfolk benefits from this welcome investment."

The government programme is in addition to proposed commercial rollout and James has been speaking to Openreach, Lightspeed, and other providers about their plans for North West Norfolk.

The successful Gigabit Broadband Voucher Scheme is also being relaunched with up to £210 million to give people in eligible rural areas immediate financial help to get gigabit speeds. The new vouchers worth up to £1,500 for residents and up to £3,500 for businesses went live on 8 April 2021 and mean that rural areas will not have to wait for supplier contracts under Project Gigabit to reach them. Details on how to apply are available here. On top of this the government is making up to £110 million available to connect public sector buildings - such as GP surgeries, libraries and schools - in the hardest to reach parts of the UK with this infrastructure.

Details on the Project Gigabit programme are available here.

Fibre First is the largest UK-wide deployment and in the summer 2021 BT Openreach announced its plan to invest in connecting 25,000 premises in North West Norfolk to full fibre broadband as part of its plan to connect 25 million premises between now and December 2026.

Everyone can use the ‘where and when’ mapping tool on the Openreach website to view a map of plans in your local area like below.

Newly released figures reveal that 13,160 premises in North West Norfolk are expected to benefit from the government’s Project Gigabit which aims to deliver 85% gigabit coverage by 2025 and push further towards 100% coverage nationwide.

Lightspeed Fibre plans to rollout full fibre gigabit broadband to 100,000 homes and businesses across the East of England by 2022.

118,700 homes and businesses across Norfolk will get next generation gigabit broadband as part of the government's £5 billion Project Gigabit to rollout out speeds of up to 1,000 megabits per second

James has welcomed plans from Openreach for at least a further three million more homes and businesses to receive ultrafast full fibre broadband including, 16,150 premises in North West Norfolk.

The government has proposed legal changes to improve connectivity for people who live, work and travel in rural areas.

The reforms will make it easier and cheaper to build the necessary new infrastructure while protecting the countryside by minimising any visual impact.

Government launches new £5bn ‘Project Gigabit’ with plans to connect up to 140,000 premises in Norfolk in the early phase of the programme, along with vouchers, and connecting public sector buildings.