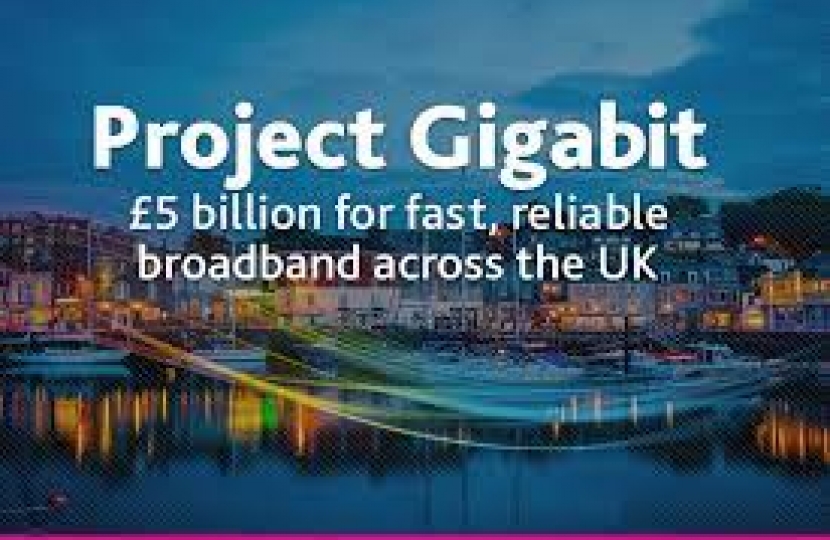 Newly released figures reveal that 13,160 premises in North West Norfolk are expected to benefit from the government’s Project Gigabit which aims to deliver 85% gigabit coverage by 2025 and push further towards 100% coverage nationwide.

Norfolk is part of the early phases of Project Gigabit with the regional supplier procurement for the area set to begin early this year. The contract is estimated to be worth £115-195 million and will connect a total of 111,400 premises considered not to be viable as part of operators commercial rollout plans. The contract is due to commence in 2023.

The new figures were provided to James Wild MP by the Department of Culture, Media, and Sport following a Public Accounts Committee session on gigabit broadband rollout where he raised the importance of connecting premises in North West Norfolk and other rural areas.

Commenting on the figures, James said:

"Covid has underlined the importance of having access to fast and reliable broadband connections and I have been campaigning to ensure that North West Norfolk benefits from the early phase of gigabit rollout. This welcome investment is in addition to commercial plans from broadband providers to connect homes and businesses with customers already benefitting from these ultra-fast speeds.”

The Project Gigabit taxpayer-funded rollout is in addition to plans from companies for commercial deployment. In summer 2021, BT Openreach announced plans to invest in connect 25,000 premises in North West Norfolk to full fibre broadband as part of its Fibre First programme to connect 25 million premises by December 2026.

The total numbers  of premises connected under Project Gigabit may change as a result of commercial coverage plans from broadband providers being more extensive than previously expected.

As well as progress on gigabit rollout, over the last year the availability of superfast broadband (30Mbps or more) in North West Norfolk has increased to 95%.