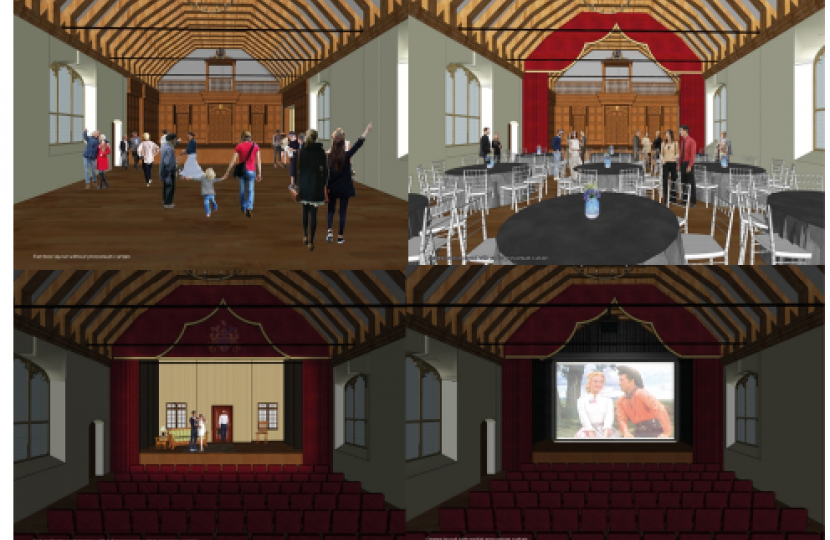 Support for the new vision for St George’s Guildhall is growing, with stars from stage and screen, as well as Shakespearean scholars and cultural groups showing their support for the project.

The St George’s Guildhall and Creative Hub project has also passed another milestone with the Borough Council of King’s Lynn & West Norfolk Cabinet nominating the project as a Town Deal priority. This means the project could get a larger share of the £25m of Towns Fund funding, if the reprioritisation is approved.

“The exciting new plans and inspiring vision which have been forged by hard work and listening to people, represent the best chance for a robust and sustainable future for this important national asset. It would be a tragedy if these plans weren’t implemented. Not just for this generation but also the next.”

“No other working theatre in the land can boast the heritage this one does.  King’s Lynn could easily become the Shakespeare destination for East Anglia.  We know for certain that the company for which Shakespeare wrote and acted, and in which he owned shares acted in The Guildhall and we can easily suppose Shakespeare himself performed and attended performances there.”

Natalie Jode of Creative Arts East also believes Shakespeare remains the sole compulsory author on the National Curriculum and that the completed venue would be inspiration asset for local children and young people.

The project to restore the theatre, creating a heritage attraction and creative hub for the local community and visitors from further afield is being led by the borough council, supported by Norfolk Museums Service and the National Trust.

“We’re completely overwhelmed by the support for the project and vision, from those local to King’s Lynn and further afield, in the world of arts and business, from scholars and those working with the youth of today. It shows the widespread appeal of the project that we’re all working so hard to deliver.  The project team, borough councillors and officers, the National Trust and Norfolk Museum Service, various boards, advisory groups and volunteers are all working hard to deliver this incredible opportunity for King’s Lynn. Together we really can do this.”