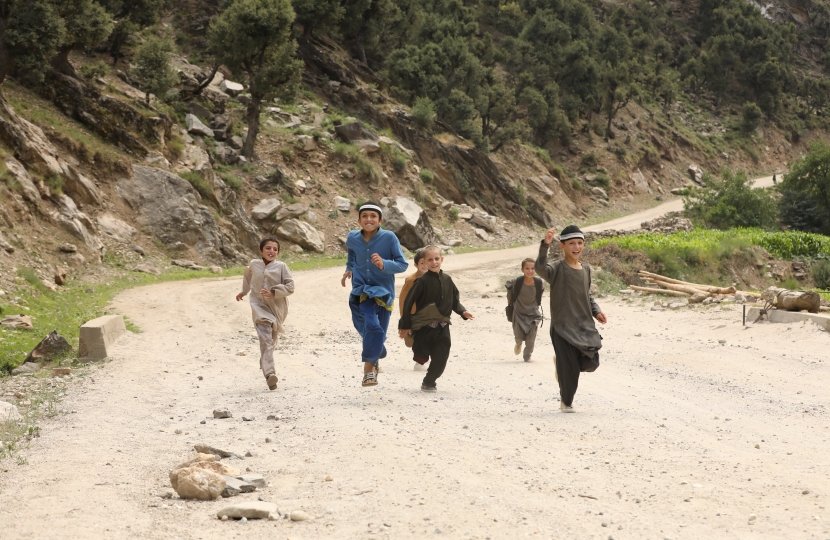 Local authorities will receive a generous funding package to support the resettlement of families who have come to the UK having been at risk in Afghanistan.

Councils who support people through the Afghan Citizens Resettlement Scheme (ACRS) or Afghan Relocations and Assistance Policy (ARAP) scheme will receive £20,520 per person, over 3 years, for resettlement and integration costs. This is based on the previous Syrian Vulnerable Persons Resettlement Scheme, but over 3 rather than 5 years, with more money provided in the crucial early period to help people settle and become part of their new communities.

Local councils and health partners who resettle families will also receive up to £4,500 per child for education, £850 to cover English language provision for adults requiring this support and £2,600 to cover healthcare.

A further £20 million of flexible funding will be made available to support local authorities with higher cost bases with any additional costs in the provision of services. In addition, the previously announced Afghan Housing Costs Fund will increase from £5 million to £17 million and run for 2 extra years to help local authorities provide housing and give certainty that funding will be available in the future.

In a letter to all local authorities in England, Wales and Scotland and to Northern Ireland Executive representatives, the Home Secretary and Communities Secretary have asked more local authorities to now step up and offer places for people coming from Afghanistan. The funding offer is for councils across the UK.

Under the Afghan Citizens Resettlement Scheme, the government has committed to resettling up to 20,000 Afghans, of which 5,000 will be resettled in the scheme’s first year. This is in addition to the ARAP scheme, which has already resettled thousands of Afghans who have worked with the UK government, and their families.

Today’s policy statement sets out that the ACRS will prioritise those who have assisted the UK efforts in Afghanistan and stood up for the values we share such as democracy, women’s rights, freedom of speech and the rule of law, as well as other vulnerable people, including women, girls and members of minority groups at risk (including ethnic and religious minorities and LGBT).

Some of those who arrived in the UK under the Op PITTING evacuation programme, which included individuals who were considered to be at particular risk, will be resettled under the ACRS. People who were notified by the government that they had been called forward or specifically authorised for evacuation, but were not able to board flights, will also be offered a place if they subsequently come to the UK.

Further to this, to help identify those most at risk and vulnerable, the government is working closely with the UN’s Refugee Agency, UNHCR, to identify and resettle refugees who have fled Afghanistan based on their protection and humanitarian need.

The government is also working with international partners and NGOs in the region to implement a referral process for people inside Afghanistan, where safe passage can be arranged, and for those that have recently fled to other countries in the region.

Other details released today include:

As part of ongoing, government-wide efforts to help Afghan arrivals to rebuild their lives, the Department for Work and Pensions is launching surgeries across the country, run by experienced work coaches with translators, to help those arriving with any questions they may have about employment or benefits. These surgeries, combined with access to benefits, will allow new arrivals to receive individual tailored support to help them become self-sufficient more quickly and find work as they get settled in the UK.

The government is also legislating this week to take forward our ‘Operation Warm Welcome’ commitments. This includes ensuring that all those arriving in both schemes are eligible for social housing and homelessness support after arriving and will be able to claim benefits such as Universal Credit from day one. This is matched by the immediate right to work upon entry.