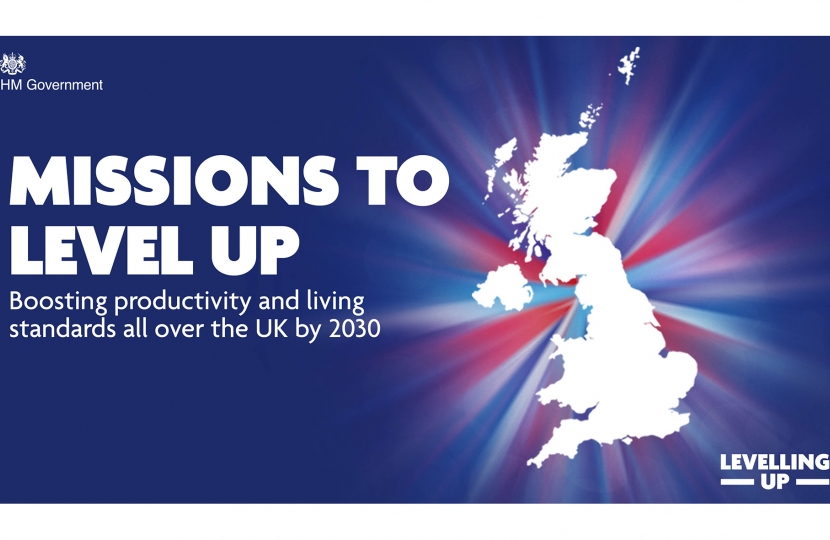 While talent is spread equally across our country, opportunity is not. Levelling up is a mission to challenge, and change, that unfairness.

Levelling up means giving everyone the opportunity to fourish. It means people everywhere living longer and more fulflling lives, and beneftting from sustained rises in living standards and well-being. This requires us to end the geographical inequality which is such a striking feature of the UK.

It is vital that we preserve and enhance the economic, academic and cultural success stories of the UK’s most productive counties, towns and cities.

But it is equally critical that we improve productivity, boost economic growth, encourage innovation, create good jobs, enhance educational attainment and renovate the social and cultural fabric of those parts of the UK that have stalled and not – so far – shared equally in our nation’s success.

Norfolk has been invited to seek a 'county deal' as part of the government's levelling up white paper.

This devolution revolution will be the largest transfer of power from Whitehall to local leaders across England in modern times. By 2030, every part of England that wishes to have a ‘London-style’ devolution deal will have one.

Last year Norfolk CC submitted an expression of interest in discussing a pilot county devolution deal. While the involvement of district authorities will be encouraged, the government have confirmed that county deals will be agreed with county and unitary local authorities.

The government will drive further school improvement in Norfolk by making it one of 55 new Education Investment Areas (EIAs).

The Department for Education (DfE) will support strong multi-academy trusts to expand into places where educational attainment is currently weakest. They will offer retention payments to help schools with supply challenges in these areas to retain the best teachers in high-priority subjects.

More intensive investment will be available across some EIAs to tackle wider issues that may be limiting school improvement. The UK Government will ensure that talented children from disadvantaged backgrounds have access to a post-16 provider with a track record of progress on to leading universities by opening new 16-19 free schools targeted in areas where they are most needed, such as high priority EIAs.

Nationally, levelling up will require us to:

Levelling up is not about making every part of the UK the same, or pitting one part of the country against another. Nor does it mean dampening down the success of more prosperous areas. Indeed, by extending opportunity across the UK we can relieve pressures on public services, housing and green felds in the South East. And levelling up can improve well-being in the South East by improving productivity in the North and Midlands.

So, it is about the success of the whole country: realising the potential of every place and every person across the UK, building on their unique strengths, spreading opportunities for individuals and businesses, and celebrating every single city, town and village’s culture. This will make the economy stronger, more equal and more resilient, and lengthen and improve people’s lives.

The UK Government has made progress towards spreading opportunity around the country since 2019, alongside mitigating the worst efects of the pandemic, with:

Energy bills and other prices are rising, but there is help and support available.

Please also use the links on the left for more help and information.