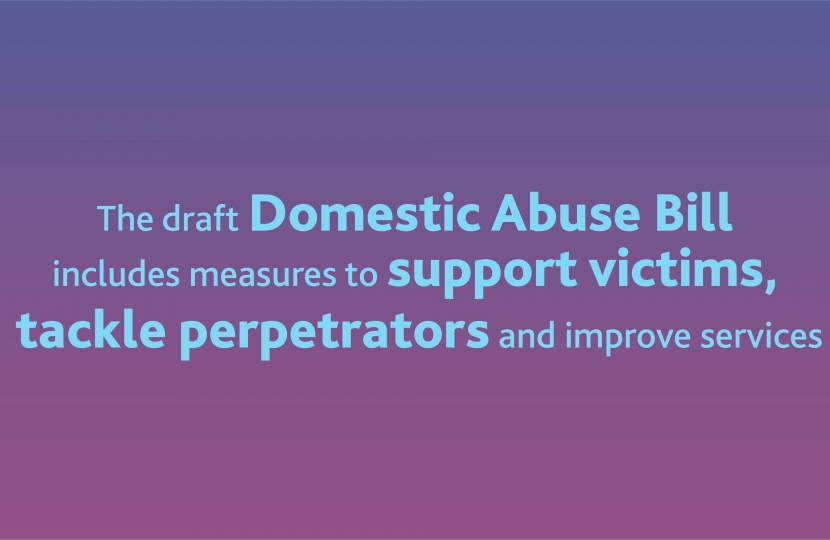 A raft of new amendments to the Domestic Abuse Bill will be presented, providing greater protections for victims and further clamping down on perpetrators.

The measures confirmed today have been developed closely with peers, advocates and victims who campaigned on these important issues. They form a series of amendments being tabled to the landmark Domestic Abuse Bill which enters Report Stage next week, with Royal Assent expected in the Spring.

"These changes provide vital support to the many people who are subjected to many different forms of abuse in their own homes. They send a warning to perpetrators of this terrible form of abuse, and offer extra protections to the victims who need our support."

This will be made a specific criminal offence, punishable by up to five years in prison.

The action typically involves an abuser strangling or intentionally affecting their victim’s breathing in an attempt to control or intimidate them.

Today’s announcement follows concerns that perpetrators were avoiding punishment as the practice can often leave no visible injury, making it harder to prosecute under existing offences such as Actual Bodily Harm (ABH).

It will no longer be a requirement that abusers and victims have to live together.

The CCB amendment will widen the scope of the definition of “personally connected” in the CCB offence so that the offence may apply to former partners and family members who do not live together.

This change follows a government review which highlighted that those who leave abusive ex-partners can often be subjected to sustained or increased controlling or coercive behaviour post-separation.

The Government is also tabling a number of other amendments to the Domestic Abuse Bill which will:

The Home Office has also today announced the successful organisations that will receive part of the £500k announced to fund research into domestic abuse perpetrators. The aim of the fund is to develop our understanding of domestic abuse perpetrators and to strengthen the evidence base for what works in addressing their behaviour. The 11 successful organisations can be found here.

At the same time, the Government is investing hundreds of millions to deliver swifter justice and support victims. This includes a recent £40 million to fund vital helplines and recruit more specialist counsellors.