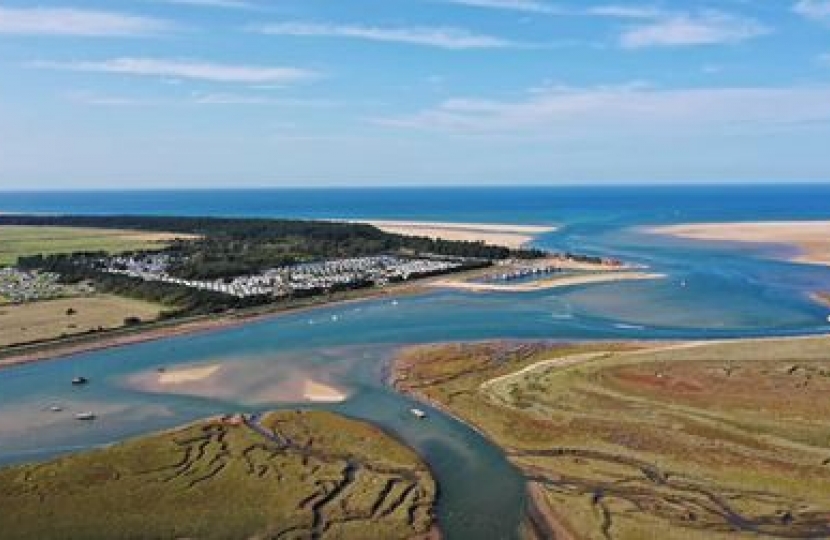 The government has confirmed that new measures to reduce sewage discharges from storm overflows will be put into law as part of an ambitious agenda to leave the environment in a better condition than we found it.

During wet weather, storm overflows act to prevent sewers becoming overloaded with a combination of sewage and rain and release diluted wastewater into rivers. Not only has their use increased in recent years due to increased rainfall but water infrastructure has also failed to keep pace with population increases.

Reducing the reliance of water companies on storm overflows is important to help cut pollution in waterways. Earlier this year, therefore, the government announced it would be working with Philip Dunne MP on shared ambitions to tackle high levels of sewage in our rivers, following the introduction of his Private Member’s Bill in 2020 which James supported.

The government has now confirmed that a new law will create three key duties to oversee some of the changes needed to improve our water environment:

This builds on the work already underway by the Storm Overflows Taskforce, set up in September 2020 to bring together government, the water industry, regulators and environmental NGOs to accelerate progress in this area.

Through the Taskforce, water companies have committed to increase the number of overflows they will improve over the next five years. This means a further 800 overflows will be investigated and nearly 800 improved between 2020 and 2025.

The government expects to consult on potential options for ways to eliminate harm from storm overflows to take forward later this year.