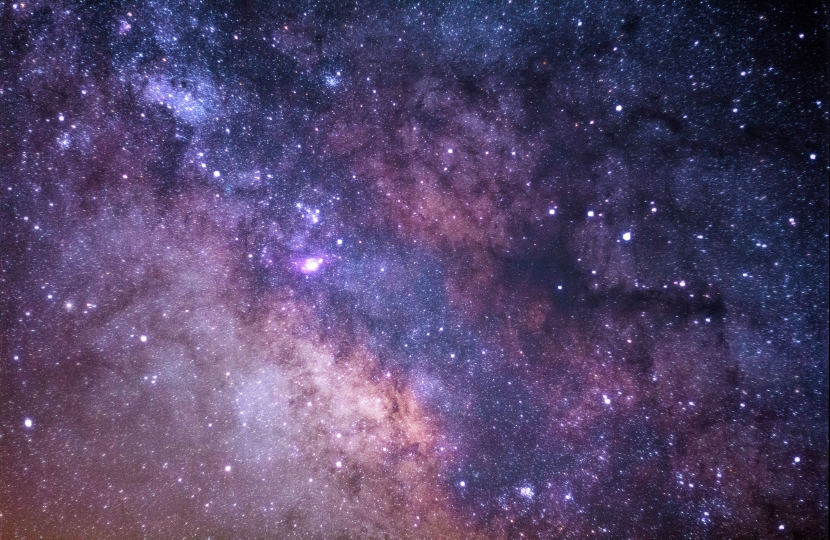 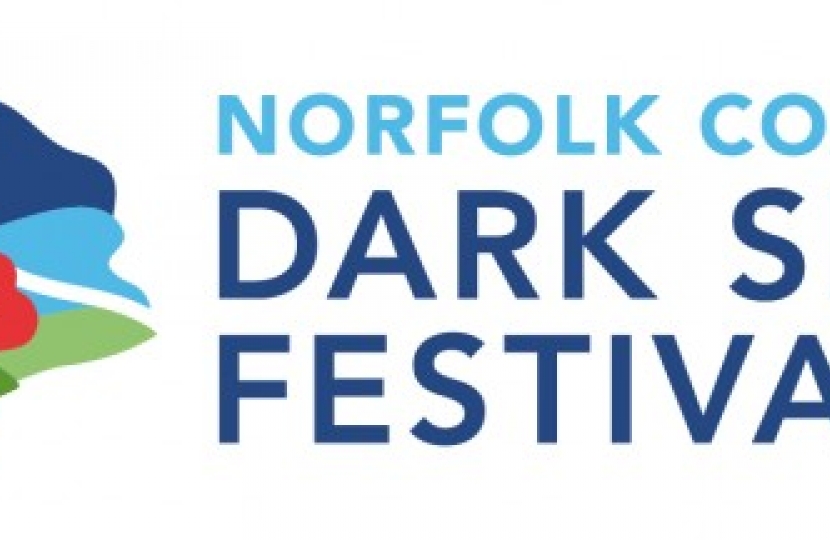 Norfolk is home to four Dark Skies Discovery Sites including at Titchwell and Brancaster - where it is possible to see the Milky Way.

The Festival was started and organised by the Norfolk Coast Partnership which helps to cherish and protect the Norfolk Coast Area of Outstanding Natural Beauty. Details of the events and how to apply are available here.

James' remarks at the launch:

"It’s a great pleasure to be here this evening and see so many people celebrating the dark skies we are lucky to enjoy.

Growing up in North Norfolk, I’ve always had an appreciation of the wonder of the sky and have fond memories of laying on the ground looking up at the sights above.

Now I’ll admit I may be biased, but in my opinion, Norfolk has the best Coastline in the UK with rich habitats within stunning landscapes.

That’s why it has been recognised as an Area of Outstanding Natural Beauty for over 50 years to be cherished and enjoyed.

And, the Norfolk Coast Partnership which started this festival plays a crucial role in managing the AONB - bringing together conservation charities, local authorities, landowners, and others to look after the coast for everyone living, working, and visiting here.

This evening we’re celebrating Norfolk’s Dark Skies – and the four Discovery sites - where outstanding views can be had in part due to the lack of major development or artificial lighting.

That darkness, with the brilliance of the stars above is part of our rural character and brings with it a sense of remoteness and tranquillity.

During Covid and lockdowns, more people embraced the night skies seeing the international space station, satellites being launched, and of course the Comet Neowise.

Darkness brings many benefits for wildlife and that is the theme of this year’s festival.

Activities and events during the next fortnight will explore how nocturnal creatures use the dark, how daytime animals need it to rest, and how light pollution can affect them.

We are lucky to be able to see constellations, meteor showers, and the Milky Way – or Sky River as it is known in Japan – on our doorstep.

Sadly more than half the population in the UK are unable to see the Milky Way.

The British Astronomical Society has said “the light from the rest of the universe takes hundreds, thousands, and millions of years to reach our eyes. What a pity to lose it in that last millisecond of its journey.”

I agree and in Parliament I am a member of the All Party Dark Skies Group – alongside the Astronomer Royal, Lord Rees - because I want future generations to be able to see the stars and sights that first captured my imagination when I was young.

Our report based on contributions from the Coast Partnership and others calls for changes …to planning law to control obtrusive lighting, …to improve standards for lighting,

…and incentives to preserve dark skies.

Less and better lighting will help save carbon too.

John Craythorne and the King’s Lynn Astronomical Society will be giving us a tour of the skies later along members of the North Norfolk Astronomy Society.

Under the expertise of these skilled astronomers, we’re in for a real treat!

Combining dark skies and beer sounds like a winning formula to me – and Norfolk Brewhouse have brewed a special ‘Dark Skies’ ale in honour of the festival which will be on sale over the next few weeks.

So, in closing I want to say a huge thank to everyone who has made this festival possible.

Tourism is a vital part of North West Norfolk's economy with visitors enjoying our wonderful coastline, heritage, and countryside.