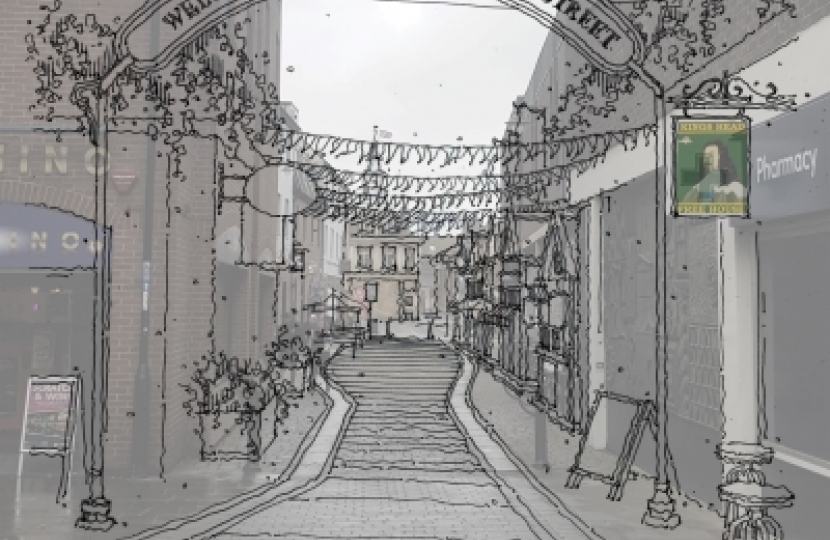 Plans to improve a route connecting rail to river in King’s Lynn have been unveiled - and the public are being invited to help to shape the artwork on the route.

The rail to river proposals have been informed by previous consultation which revealed a desire for public realm improvements in the town.  The proposals form part of the Public Realm business case which is the second to be signed off by the Town Deal Board and submitted to Government.

And, local people are once again being invited to get involved by coming up with ideas and themes for the art that will form part of the route.

Vicky Etheridge, Chair of the Town Deal Public Realm and Repurposing Working Group which is leading the project said:

“Our consultation over the last couple of years has shown that there is a real appetite for public realm improvements such as better signage and seating, public art, and pop-up shops.

“Informed by this feedback, and based on our own research, we’ve developed the rail to river project to enhance a key route in the town.

“We’re starting at the rail station as this is a major entrance point and one of the first places people see on arrival into King’s Lynn. And, we’re travelling through to the river with our improvements because we also know from consultation that this is an aspect that people believe we could make more of for the town.”

The project will include:

As well as enhancing the appearance of the town, and making it easier to navigate, the proposals are expected to increase footfall into the town centre. The improvements will also benefit local businesses and specifically small, start-up businesses accessing the pop-up opportunities.

“This is an exciting opportunity for people in Lynn to have their say on this project to improve the town, This is part of the government’s £25 million Town Deal to make Lynn and even better place to live, work, and visit.”

The project, which also forms part of the wider public realm action plan for King’s Lynn, is a Town Deal fast track business case which means it has already been submitted to government. Subject to government approval and the release of the funding, it is hoped that work will start on delivering the project in the summer, carrying on until spring 2023.

Anyone wishing to offer ideas and suggestions for the artwork, and/or sign up to the workshop can do so here Rail to River – Vision King's Lynn (visionkingslynn.co.uk) by 5pm on Sunday 13 February 2022.