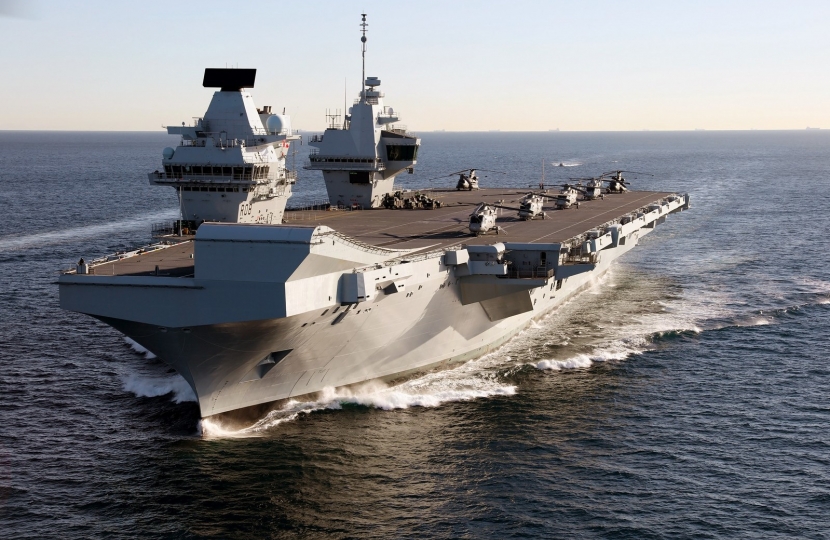 The largest concentration of maritime and air power to the UK in a generation will set sail next month, visiting more than 40 countries on its maiden voyage.

The UK Carrier Strike Group, which will be led by the HMS Queen Elizabeth Carrier – the largest ship ever built by the Royal Navy, will set out on a globe-spanning maiden deployment featuring visits to India, Japan, Republic of Korea and Singapore.

The UK Government’s landmark review of foreign, defence, development and security policy, published last month, committed the UK to becoming the European country with the broadest, most integrated presence in the Indo-Pacific in support of trade, shared security and values.

HMS Queen Elizabeth, the most powerful surface vessel in the Royal Navy’s history, will next month set sail as the flagship of a Carrier Strike Group. Joining her will be a surface fleet of Type 45 destroyers, HMS Defender and HMS Diamond, Type 23 anti-submarine frigates HMS Kent and HMS Richmond, and the Royal Fleet Auxiliary’s RFA Fort Victoria and RFA Tidespring.

James said, "Having spent three years in the Ministry of Defence, I know how much effort it has taken from construction, testing, and training to get to the point of readying for this deployment. This is a powerful symbol of Global Britain and Norfolk is playing its part with F35s from Marham."

Deep below the surface, a Royal Navy Astute-class submarine will be deployed in support, armed with Tomahawk cruise missiles.