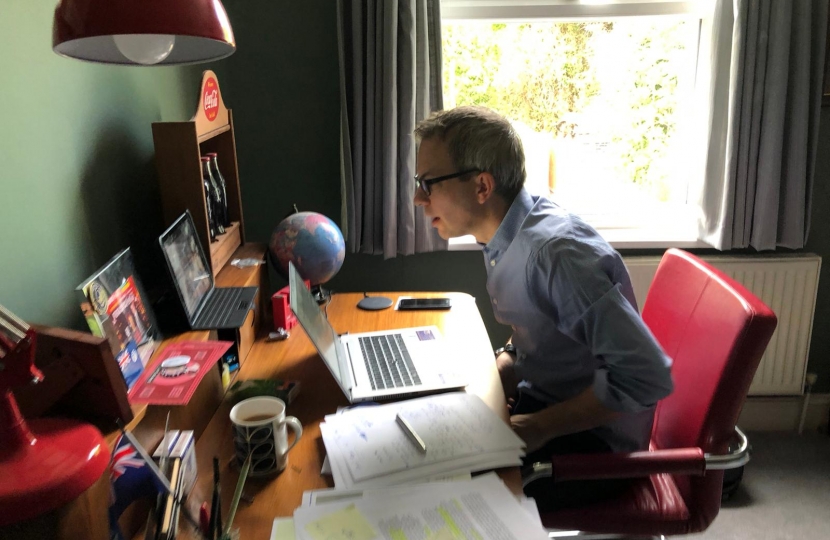 The government has launched a new 'Test, Track, Trace' app to minimise the spread of COVID-19 and move towards safely reducing lockdown measures.

Isle of Wight residents will be the first to be offered access to a new contact tracing app, and the rollout began with the island's NHS and council staff on Wednesday, followed by all island residents on Thursday.

Part of a new nationwide 'test, track and trace' programme, the app will work together with enhanced contact tracing services and swab testing for those with potential coronavirus symptoms to help minimise the spread of Covid-19.

When someone reports symptoms through the app, it will detect any other app users that the person has been in significant contact with over the past few days, including unknown contacts such as someone they may have sat next to on public transport. The app will be able to anonymously alert these contacts and provide advice, including how to get a test to confirm whether or not they do have COVID-19. Users will be able order tests through the app shortly.

James Wild MP raised concerns about how the tech-based approach might work for areas like North West Norfolk. On a call with Lord Bethell, the Health Minister responsible for the test and trace approach, James asked if there will be additional support for areas with a significant elderly population and poor mobile coverage.

Lord Bethell told James that the new app is just one of several new elements to the national response, and that 'test and trace' will continue to be run through several different channels, including traditional track and trace. This involves clinicians interviewing individuals who have coronavirus to identify contacts people have had. The government is looking to recruit 18,000 contact tracers, who will make phone calls to identify your recent contacts and make follow up calls to your list.

This approach will be more user friendly for the vulnerable and those living without technology in areas like North West Norfolk, but the benefit of the app is that it is automatic, and so it will be carrying out millions of silent transactions in the background to these calls, which will have massive benefits for the whole country.

Developed by NHSX, the technology arm of the health service, and a team of world-leading scientists and doctors, the app is designed to significantly speed up contact tracing, helping reduce the chance of the virus spreading by enabling the government to rapidly identify people most at risk of infection so they can take action to protect themselves, the people they care about and the NHS. Data privacy and security have been paramount concerns throughout the app's development, and the National Cyber Security Centre have been closely involved throughout.

For those who may not have access to the app, or the ability to use a smartphone, there will be an option to report symptoms and order tests in other ways. As the integrated service develops, everyone who reports symptoms, including app users, will also be asked to record recent contacts using an online service (or through a telephone interview if they prefer), so that contact tracers can reach all contacts who may be at risk, whether or not those contacts are app users. Contacts will then be alerted either by the app or by email or telephone, advising them to self-isolate or offering public health advice.

The new test, track and trace programme is expected to roll out nationally from mid-May.

Questions and answers regarding Coronavirus (COVID-19)

Short answers to questions you might have about the virus.

What can you do to help?