PM sets out a 'New Deal' for Britain 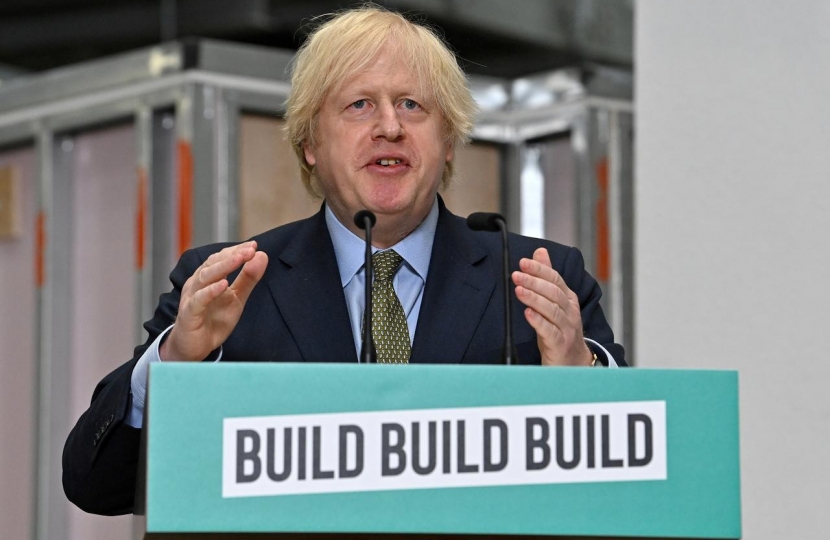 In a speech in the West Midlands on 30th June the Prime Minister announced a ‘New Deal’ for Britain. He set out an ambitious economic strategy which will put jobs, skills and infrastructure investment at the heart of our economic recovery post-coronavirus, and deliver on our manifesto pledges to level up the entire country.

The PM made clear that the government want to use our national recovery from the coronavirus to tackle this country’s great unresolved challenges of the last three decades: building homes, fixing the NHS, solving social care and tackling skills training, The New Deal will close the gap in opportunity, productivity and connectivity across different regions of the UK.

In particular, the Prime Minister has announced that the government will bring forward £5 billion of capital investment projects, supporting jobs and the economic recovery, including:

The government will also publish a National Infrastructure Strategy in the Autumn, which will set a clear direction on core economic infrastructure, including energy networks, road and rail, flood defences and waste.

A £40 million Green Recovery Challenge Fund will also bring forward funding to help charities and environmental organisations start work on projects across England to restore nature and tackle climate change. The fund will help conservation organisations and their suppliers create up to 3,000 jobs and safeguard up to 2,000 others in areas such as protecting species, finding nature-based solutions to tackling climate change, conservation rangers and connecting people with the outdoors.

More detail, including planning reforms and measures to achieve Net Zero by 2050 can be found here.