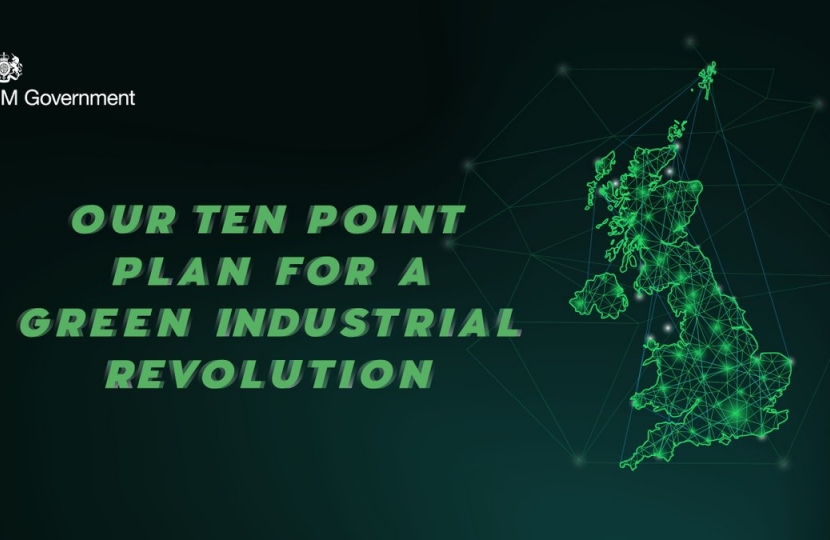 Covering clean energy, transport, nature and innovative technologies, the Prime Minister has set out an ambitious ten point plan for a green industrial revolution which will create and support up to 250,000 British jobs.

The plan  is part of the PM’s mission to level up across the country and will mobilise £12 billion of government investment to create and support up to 250,000 highly-skilled green jobs in the UK, and trigger over three times as much private sector investment by 2030. In addition, the blueprint will allow the UK to forge ahead with eradicating its contribution to climate change by 2050, particularly crucial in the run up to the COP26 climate summit in Glasgow next year.

The UK’s industrial heartlands are at the centre of the plan, including in the North East, Yorkshire and the Humber, West Midlands, Scotland and Wales. The  announcement follows other recent initiatives to make the UK the world leader in clean wind energy, and plans for greater protections for England’s iconic landscapes and the creation of new national parks, as set out by the Prime Minister over the last few weeks.

The Prime Minister’s ten points are built around the UK’s strengths and include:

Newly announced investments will include:

An extra £200 million of new funding will create two carbon capture clusters by the mid-2020s, with another two set to be created by 2030. This will increase the total amount invested to £1 billion, helping to support 50,000 jobs, potentially in areas such as the Humber, Teesside, Merseyside, Grangemouth and Port Talbot.

The UK will be at the global forefront of carbon capture, usage and storage technology, revitalising regions at the centre of the first industrial revolution by supporting industries that are particularly difficult to decarbonise.

Up to £500 million will be invested in trialling hydrogen use in homes for heating and cooking. This will start with a Hydrogen Neighbourhood in 2023, moving to a Hydrogen Village by 2025, with an aim for a Hydrogen Town – equivalent to tens of thousands of homes – before the end of the decade.

£240 million of this funding will go towards new hydrogen production facilities.

Following extensive consultation with car manufacturers and sellers, the Prime Minister has confirmed that the UK will end the sale of new petrol and diesel cars and vans by 2030, ten years earlier than planned. The government will allow the sale of hybrid cars and vans that can drive a significant distance with no carbon coming out of the tailpipe until 2035, however.

The UK car industry already manufactures a significant proportion of electric vehicles in Europe, including one of the most popular models in the world.

To support this acceleration, the Prime Minister has announced:

We will also launch a consultation on the phase out of new diesel HGVs to put the UK in the vanguard of zero emission freight. No date has been set yet.

£1 billion will be invested next year into making new and existing homes and public buildings more efficient, extending the Green Homes Grant voucher scheme by a year and making public sector buildings greener and cutting bills for hospitals and schools, as part of the Public Sector Decarbonisation Scheme.

£20 million for a competition to develop clean maritime technology, such as feasibility studies on key sites, including Orkney and Teesside.