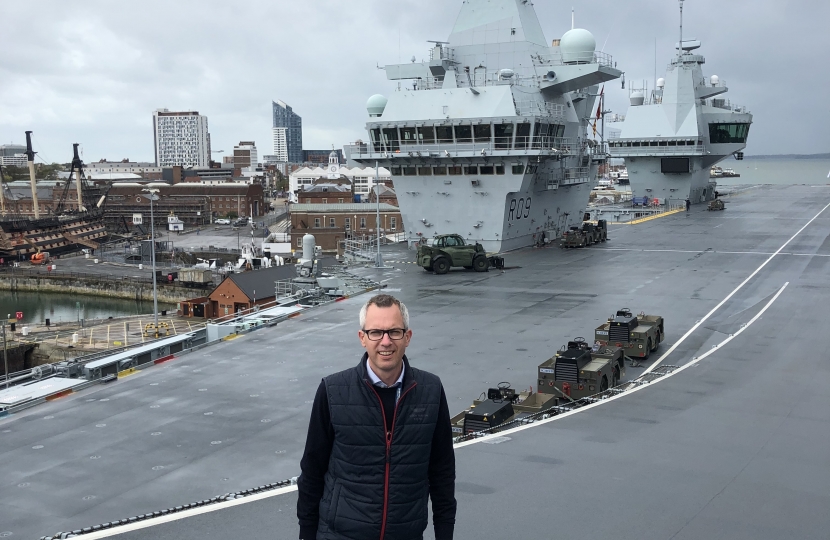 On Wednesday MPs debated the Overseas Operations Bill in the House of Commons. This Bill would help protect British servicemen and women by providing greater legal protections to armed forces personnel and veterans serving on military operations overseas. It will help to reduce the uncertainty faced by our service personnel and veterans.

Having been Special Adviser to the Defence Secretary from 2014-17 and dealt with many of these issues, James was keen to speak in the debate however although he was selected to speak in the event he was not called due to time restrictions. This is the text of the speech he would have delivered:

I rise to support this Bill.

During the three years, I was Special Adviser to the then Defence Secretary, I worked on measures to tackle lawfare and to help protect our Armed Forces and I congratulate my HF the minister for efforts in bringing these proposals forward.

This Bill is not about putting our Armed Forces above the law.

It is about having safeguards to ensure that for allegations of criminal acts that took place more than 5 years ago, prosecuting decisions take account of important factors including those that affect the judgements service men and women make.

Crucially, it also provides that where there has been an investigation and no compelling new evidence has emerged that the public interest in finality is considered.

Having talked to veterans who have faced multiple investigations, it is wholly right that that principle is given considerable weight so they avoid double or even triple jeopardy.

Anyone who has read the Bill knows this does not prevent prosecutions after 5 years – and it is inconceivable that credible claims of torture would not proceed.

Many of the industrial scale compensation claims that I encountered in the MOD were generated by Mr Phil Shiner.

His firm – Public Interest Lawyers - was responsible for thousands of claims.

This Bill will bring certainty through the provisions in Part Two with a long stop of 6 years on civil claims to deal with the situation where courts allowed cases long after alleged incidents took place.

Many issues that our Armed Forces have faced flow from Al-Skeini and other court judgements that extended the European Convention on Human Rights to combat zones. Something the drafters never intended.

In 2016 the then Defence Secretary, announced that before significant future military operations that the Government intended to derogate from some articles of the ECHR, where appropriate.

So while I welcome the duty in clause 12 to consider derogation, I would prefer to see it strengthened with a presumption to derogate.

If the then government had derogated from Article 5 before the Afghanistan and Iraq conflicts many legal claims against our Armed Forces concerning the detention of combatants could not have been filed.

This Bill will help end the judicialisation of war which undermines our Armed Forces.

It will bring certainty to those in uniform on both criminal and civil cases.

And it does so in a way that ensures that our armed forces operate to the highest standards and that wrongdoing continues to be prosecuted to the fullest extent."