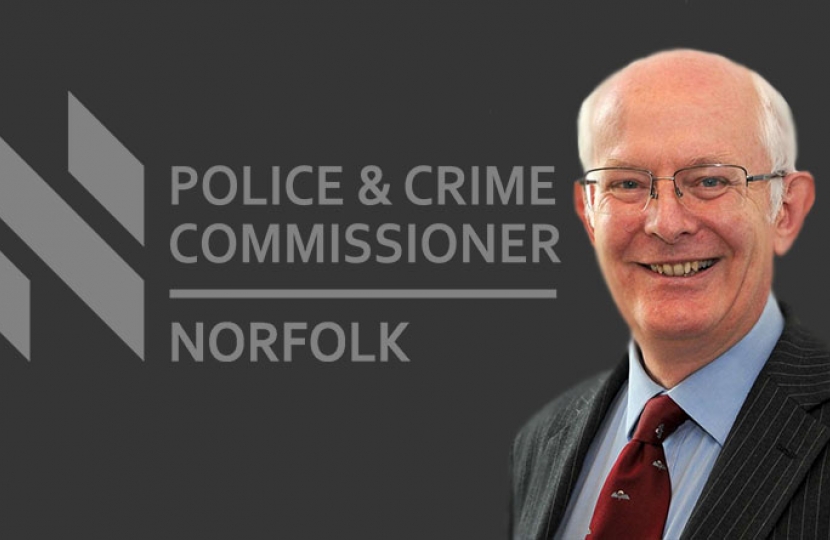 Giles Orpen-Smellie was elected as Norfolk’s PCC in May, and one of his primary responsibilities is to publish a Police and Crime Plan setting out what the priorities must be for Norfolk Constabulary throughout the course of his term.

The PCC is legally required to produce and publish their Police and Crime Plan within their first year of office – and James is urging people to take part in his consultation to ensure their voice is heard.

The consultation will run from Monday 26 July until Friday 20 August 2021. You can take part in the consultation by visiting the OPCCN website https://www.norfolk-pcc.gov.uk/police-and-crime-plan/consultation

During his first few weeks in the role Giles has been meeting with senior police officers and staff, MPs, and others to find out more about the work taking place to ensure Norfolk remains a safe place in which to live and work. James met the new PCC this month to raise concerns around criminal activity and the need to improve support for victims of crime, particularly for domestic abuse and sexual crimes.

Giles has also been meeting with officers around Norfolk to hear about the valuable work they are doing to support their local communities, as well as hear from residents about policing and crime concerns in their area.

“When you take part in my survey I will be able to use your responses, along with information from the Chief Constable and other partner organisations, to inform the development of my Police and Crime Plan.

This plan will set out the policing objectives for the county for the next three years and will demonstrate how I, as your PCC, will work with other key stakeholders and partners to help keep Norfolk safe.”

Thinking about policing priorities within their local area, Giles is asking people to tell him to what extent they agree or disagree with his six proposed priorities, which are:

Giles is also inviting those taking part in his four-week consultation to advise if there is anything else they feel he should include in his plan.

*The Victims’ Code for England and Wales sets out victims’ rights and the minimum standard of service that organisations like the police must provide to them.