New plans set out the future for our armed forces 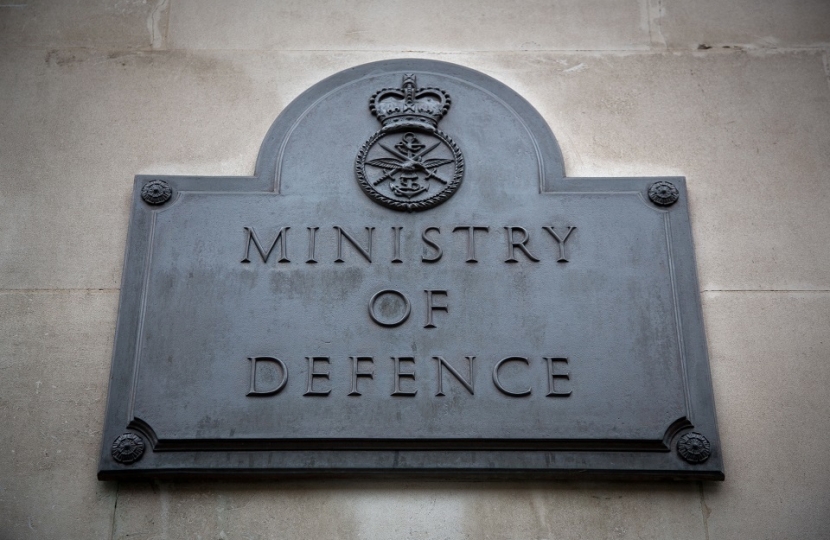 The release of "Defence in a Competitive Age" marks the beginning of a significant change in how our defence is equipped and operates.

The Defence Secretary has set out the future vision for the UK Armed Forces ensuring the military is prepared for new and emerging threats and challenges.

Outlined in ‘Defence in a competitive age’, the UK Armed Forces will become a threat-focussed integrated force with a continued shift in thinking across land, sea, air, space and cyber domains.

Defence will spend over £85-billion on equipment over the next four years so our armed forces can adapt, compete effectively, and fight decisively when needed. This will support 400,000 jobs across all four nations of the UK.

In the Army, £120-million will create new Ranger Regiments; four battalions will form the Regiment that will support Special Forces in collective deterrence activity. This will range from training to accompanying personnel on the ground. The Army will also introduce a new Warfighting Experimentation Battlegroup that draws on elements from across the entire Army designed to fight prototype warfare, focussing on hybrid and conventional threats.

The Royal Navy will develop a new Multi Role Ocean Surveillance ship to help protect vital underwater maritime infrastructure and protect from maritime threats, aiming to come into service by 2024. The fleet of frigates and destroyers will grow through this decade with shipbuilding investment doubling over the life of this Parliament rising to over £1.7-billion a year. The Royal Marines will also benefit from a £200-million investment over the next ten years to form the Future Command Force, a Commando force that is persistently forward deployed conducting specialist maritime security operations.

UK air capabilities will bolstered with an injection of over £2-billion in the Future Combat Air System which will deliver a pioneering mix of crewed, uncrewed and autonomous platforms including swarming drones and the ultra-modern Tempest fighter jet. This programme has already created over 1,800 highly-skilled jobs in over 300 companies across the UK. The Typhoon fleet will be upgraded with a suite of new weapons and state-of-the-art radar.

£6.6-billion will also be invested into research and development projects, helping to provide a strategic advantage that, facilitated with science, will lead to cutting-edge equipment capabilities. £60-million over the next four years to develop a programme to develop novel weapons, artificial intelligence, synthetic/digital systems and space-based capabilities. Further to this, £500-million will be invested in capabilities to enable our forces to respond in a growingly contested electromagnetic environment.

Space is fundamental to military operations, so the success of our forces greatly relies on control of that domain. We are investing £5-billion over the next decade in the Skynet 6 satellite communication programme. This will be complimented by £1.4-billion allocated to the new Space Command, National Space Operations Centre, Space Academy and a UK-built Intelligence, Surveillance and Reconnaissance satellite constellation. Space Command will officially launch on 1 April 2021.

Strategic Command will invest £1.5-billion over the next decade to build and sustain a ‘digital backbone’ to share and exploit vast amounts of data, through the cloud, and across secure networks that are resilient to cyber-attacks from state, proxy and terrorist adversaries.

The UK will also enhance its global outlook with an investment in overseas training and will add to its Defence Attaché network which supports our integration with allies and overseas partners.

The Integrated Review addresses the challenges and opportunities the UK faces in a more competitive world, where new powers are using all the tools at their disposal to redefine the international order and seeks to examine how the UK uses its capabilities to respond to these threats.

Read the full Defence in a Competitive Age report.

Why it was necessary

The threats of today are different from those we are used to. Our adversaries no longer only seek to challenge us in open, large-scale warfare, but instead seek to use activities below the threshold of open war.

There now exists a global competition over trade, values and interests, and the expansion of the internet and the development of new technologies have created more potential ways for our enemies to do us harm.

As they seek to exploit our vulnerabilities to further their causes and constantly compete with us, they are careful to avoid fights in the open unless they can deny us our advantages and are confident of victory.

What it means for defence

To keep the UK safe in this changing world, defence will be more active and globally engaged. We will work with our partners to address the challenges we face and secure the interests we share.

Each of the armed forces and Strategic Command are seeing increases in investment as defence begins a genuine transition to information age capability.

We will focus on speed, operating below the threshold of war to prevent conflict, and building resilience. With international co-operation and new technology at the heart of our approach, we will be more visible around the world; more engaged in countering threats, supporting our partners and advancing UK interests; and smarter in how we use communications and intelligence to deter our enemies.