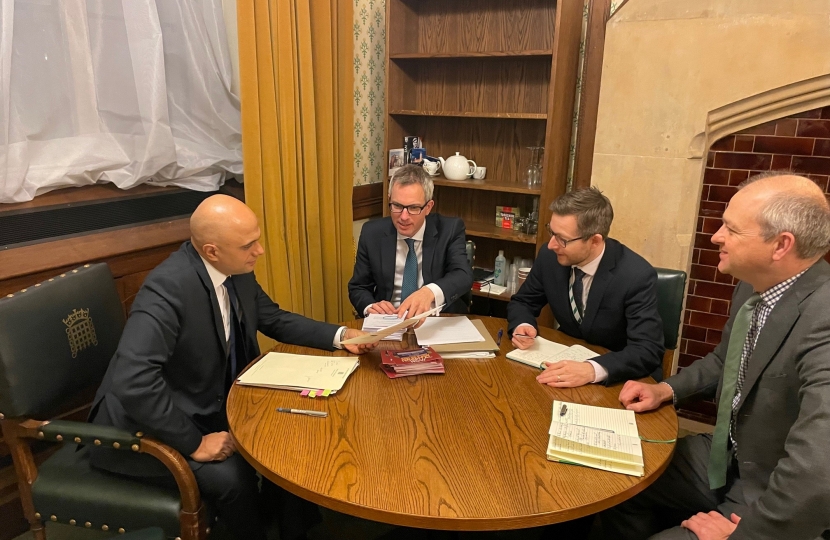 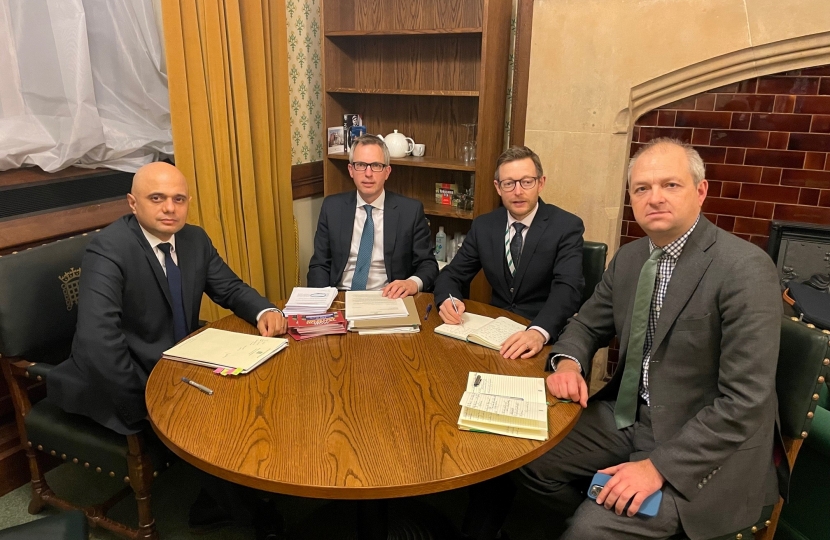 MPs supporting the campaign for the Queen Elizabeth hospital (QEH) to be selected one of the eight new hospitals to be built by 2030 met the Health Secretary, the Rt Hon Sajid Javid MP, on Monday 10 January in Westminster.

The MPs highlighted that QEH is now in its 42 year but was built to last only 30 and that 80 per cent of the estate is covered in deficient Reinforced Autoclaved Aerated Concrete (RAAC) planks. QEH is the most propped hospital in the country with over 200 props holding up the cracking roof and the MPs set out the ongoing risk to patient and staff safety that is being managed by the Trust.

The MPs expressed their strong support for the proposals put forward by QEH to the Department of Health and Social Care and backed a single-phase new build that would be an opportunity to transform local health care, integrating primary, community, mental health, acute, social care and third sectors in a health and wellbeing village.

James highlighted the strong backing for the campaign for a new hospital from patients, staff, the local community with than 15,500 people having signed a petition as well the strong support from King’s Lynn and West Norfolk Borough Council and Norfolk County Council, and other organisations. James also presented the Health Secretary with petitions signed by local residents that he was given when he met campaigners in December.

James also presented the Health Secretary with petitions signed by local residents that he was given when he met campaigners in December.

“This was an important opportunity to make the strong case for QEH to be one of the new hospitals the government has committed to building by 2030. We impressed on the Health Secretary the urgent need to replace the ageing buildings which have over 200 props supporting the decaying roof with a modern hospital fit for the future. This was a positive meeting with the Health Secretary ahead of decisions on the next phase of the process and he recognised the level of support for a new hospital.”

There is a two-stage selection process for the new hospitals building programme which began with the expressions of interest phase. Decisions on whether QEH has been selected to proceed to the next stage of the assessment process are expected early this year ahead of a final decision.