Measures in the Environment Bill to tackle storm overflows 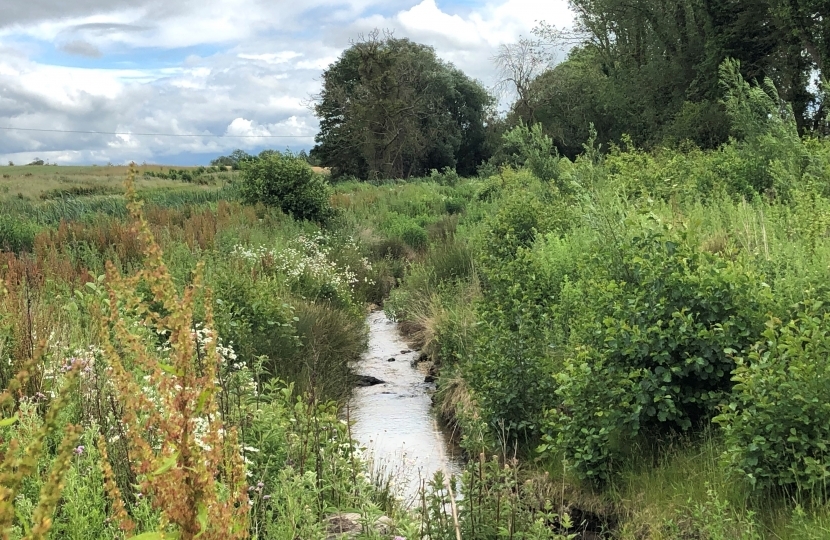 James sets out the measures in the Environment Bill he supported to help tackle the issue of storm overflows discharging sewage.

Since being elected MP for North West Norfolk, I have campaigned to protect our precious local chalk streams and I strongly oppose the use the of storm overflows containing sewage discharging into rivers. This is deeply unpleasant and damaging to the environment.

As a member of the All Party Chalk Streams group, I have raised this issue in the House of Commons, met ministers to press for action, supported bids by the Norfolk Rivers Trust to enhance chalk streams, led a Public Accounts Committee inquiry into water management, and, of course, assisted constituents affected by flooding and sewage discharges.

During the passage of the Environment Bill, the government has introduced amendments to address the concerns that I and other MPs have raised about storm overflows. Last week I was happy to support the comprehensive set of measures relating to storm overflows in amendment 45 which include:

Ministers will also tell Ofwat, the industry regulator, that it expects water companies to take steps to “significantly reduce storm overflows” and that funding should be approved for them to do so. Legislation will also be reviewed  regarding the requirement for Sustainable Drainage Systems on new developments to help reduce the pressure on the sewage system – an issue I have raised on behalf of constituents and parish councils.

Following inaccurate coverage some constituents have understandably contacted me about amendment 45 and why section 141A tabled by the Duke of Wellington was removed from it. This sought to place a new duty on sewerage undertakers in England and Wales to effectively ban sewage discharges.

While the aim is one that I support in principle the difficulty is that it came with no plan to deliver it and with no impact assessment. Of course, you could argue that a plan can be formulated afterwards. That may be reasonable if we are talking about a simple, inexpensive issue. However, eliminating storm overflows involves transforming a system that has been in operation since the Victorian era. When there are storms, so much rainwater can enter the sewerage system that it cannot cope and if there was no overflow the only alternative would be the water backing up risking flooding people’s homes with raw sewage.

This long-standing problem has not been properly addressed before as it requires a major change to infrastructure in almost every town and village. The estimated cost is anywhere between £150 billion and £650 billion. By comparison, £150 billion is more than the entire schools, policing and defence budgets put together. That works out at between £5,000 and £25,000 per household. Simply inserting an amendment with no plan to implement it or how to pay for it is not how we should legislate.

On Tuesday, along with other MPs, I met the DEFRA Secretary of State to talk about the measures in the Bill following the debate in the House of Commons to ensure we deliver on tackling this pollution problem. Following those discussions, I welcome that the government has announced it will bring forward an amendment in the House of Commons to put a legal duty on water companies to secure a progressive reduction in the adverse impacts of discharges from storm overflows. This will further strengthen the package of measures to tackle this issue.

I hope this information is helpful and reassures constituents that any suggestion that I or other MPs who supported the government amendment are not taking firm action on storm overflows is false. The Environment Bill in fact includes measures to take immediate steps to address storm overflows and to produce costed plans for reducing and eliminating them entirely. Locally, I will continue to pressure Anglian Water to invest in measures to upgrade its network and reduce overflows.