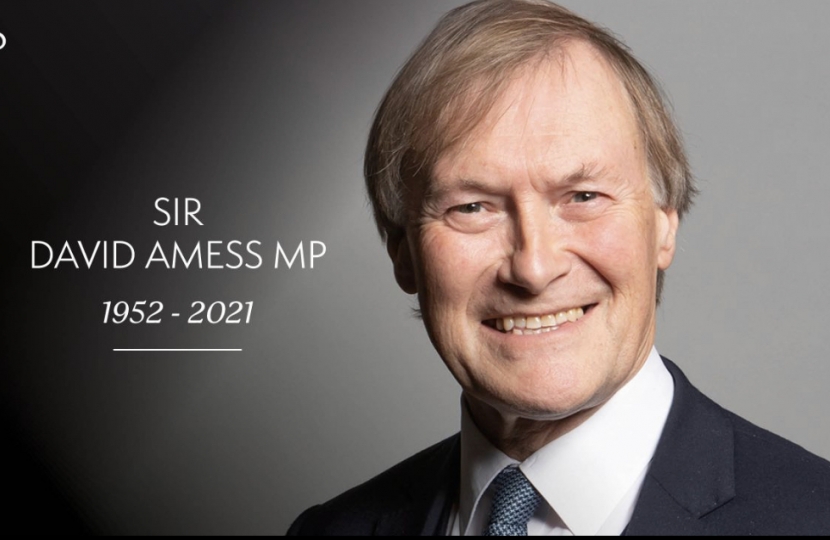 Following the appalling killing of Sir David Amess MP while he was holding a constituency surgery in a church, James said,

“Sir David Amess was such a warm, kind, generous, and humorous man who for nearly forty years of public service was dedicated to helping his constituents and championing his area. I was fortunate to have known David and worked with him on issues including fairs and showgrounds as well having fond memories of interviewing him about his recent book about his time in Westminster.

Above all he was committed to his family and it is they who are in my thoughts, along with his parliamentary team, friends, and constituents. The tributes following this terrible incident underline what a remarkable person he was and it is right everyone heeds his family’s call for people to show kindness and work towards togetherness.”

James worked with Sir David on issues in Parliament including as members of the All Party Group on Fairs and Showgrounds which Sir David chaired.

You can watch the whole interview above which shows what a warm, kind, generous, humorous man he was.

David Amess was at the heart of British politics for over 37 years. He has witnessed unprecedented changes in technology, the economy, parliamentary procedure, the state of the Union and the European Union. In Ayes & Ears he reviews the major scandals and events of this time and reveals the inner workings of Britain’s most important institution. David opens up the world of Westminster for us to explore, to wonder at the historic traditions and to examine the myraid changes which have taken place over the last few decades.

The book is available at all good bookshops or online. The proceeds from the book will be going to three charities: Endometriosis UK, Prost8 and the Leigh-based Music Man Project.