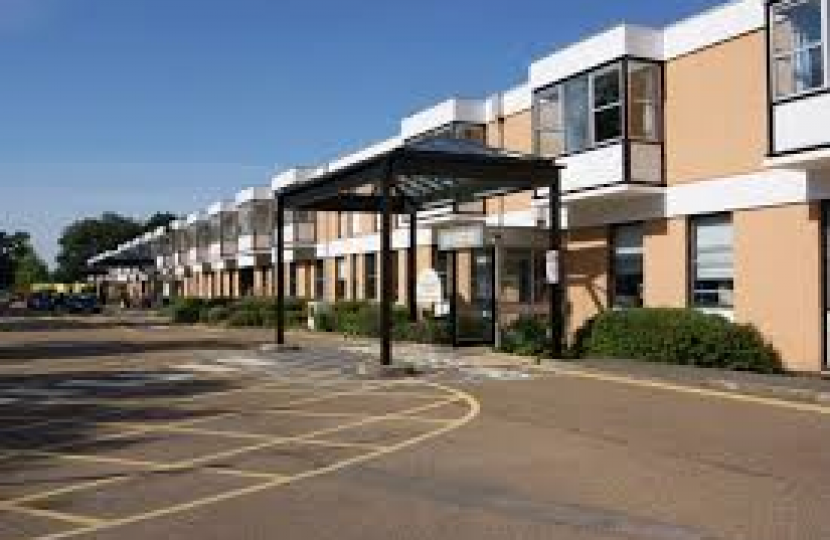 Ministers have encouraged QEH to continue to develop its bid to be one of the 8 additional hospitals the government is committed to delivering in the second half of the decade.

Replying to letters from James Wild MP promoting the case for a new hospital, Department of Health and Social Care and Treasury ministers welcomed the fact that the QEH is working on plans and endorsed the focus on Modern Methods of Construction where construction takes place off site to reduce the length of the build, delivering a more cost effective approach.

Having made the case for a new hospital to the Prime Minister, Health Secretary, and Chancellor of the Exchequer, James - backed by MPs from across Norfolk, Lincolnshire, and Cambridgeshire whose constituents rely on QEH - wrote:

“The decaying and ageing buildings need urgent replacement and the clinical capacity requirements now go well beyond the intent of the original design. In contrast, there is the opportunity to transform the hospital to meet modern healthcare requirements into the future. The proposal uses Modern Methods of Construction to build better, greener, and faster with blocks constructed off site to reduce length of build and ultimately being more cost effective, environmentally friendly.”

In his response to James’s letter and the proposals QEH is developing, Edward Argar MP, Minister of State for Health underlined the importance of developing plans and working with the NHS on priorities:

“Health Trusts seeking new facilities should continue developing their plans and priorities for local NHS infrastructure. They should also discuss their proposals with NHS England and NHS Improvement to help consider the priority of their schemes and whether they should be further developed at this time. The ‘Modern Methods of Construction’ approach that you set out is certainly along the lines that we wish to see our hospital building programme develop.”

“I was pleased to note that the Trust have been engaging with the Department of Health and Social Care on their plans and are working up a Strategic Outline Case for consideration. As the Prime Minister announced on 2 October 2020, a further 8 schemes will be invited to bid for future funding to deliver new hospitals by 2030. I would encourage the Trust to continue developing their plans and engaging with DHSC, as they will be responsible for assessing all bids before further funding decisions are made. “

James highlighted the fact that nearly 80% of QEH’s estate was constructed using reinforced autoclaved aerated concrete (RAAC) panels. This is a critical structural safety issue following the collapse of a school roof in 2018 and props are being used in the hospital to support some structures.

Finally, while acknowledging the disappointment that QEH was not included in the first 40 hospital building programme the Ministers pointed to the bidding process for the 8 additional hospitals. They noted that it is still being developed and will be launched in due course.

Commenting on the replies, James said:

“Securing additional investment for QEH is my priority and the Trust has developed a strong vision for a modern approach to healthcare. I’ll continue to make the case for facilities that the staff and patients across West Norfolk and beyond deserve.”