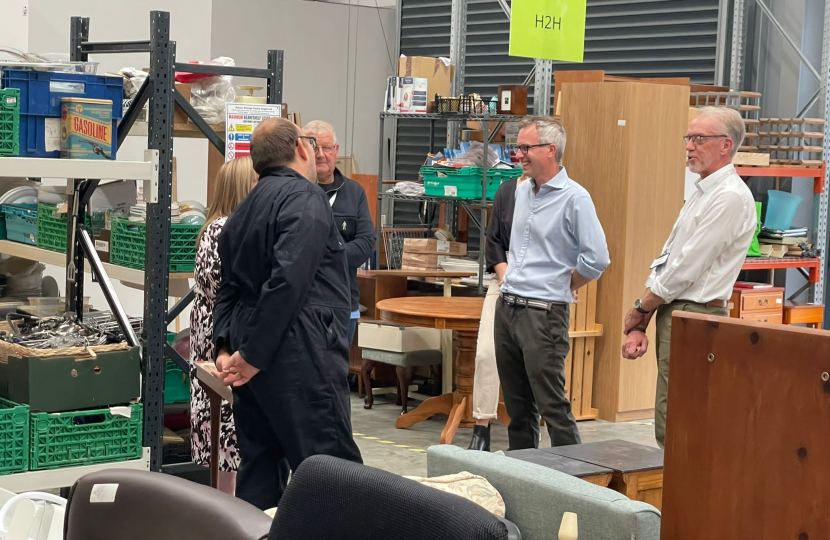 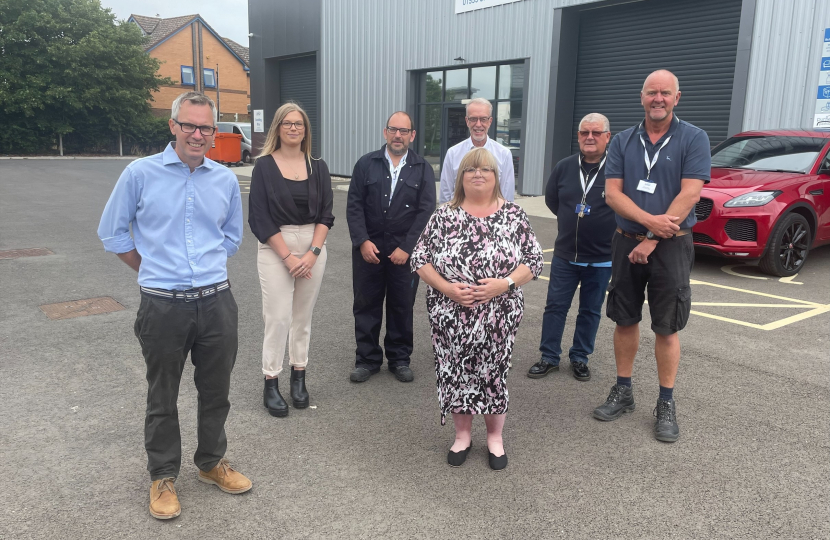 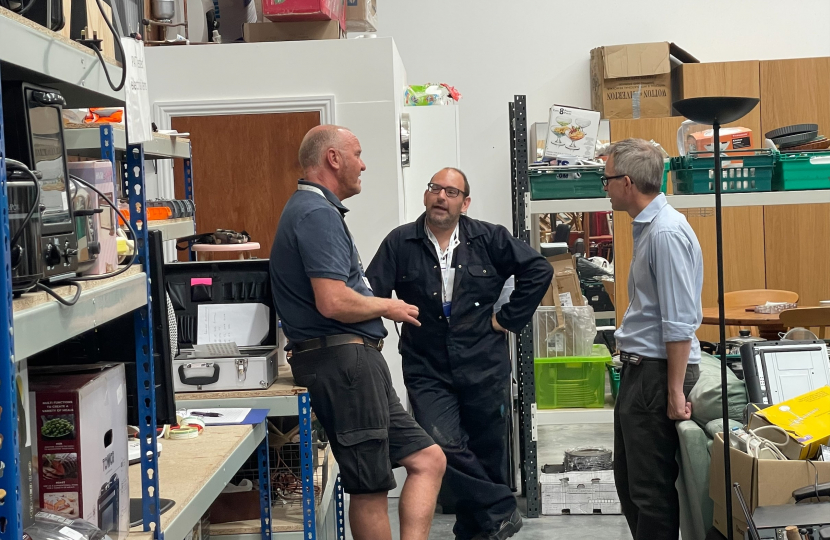 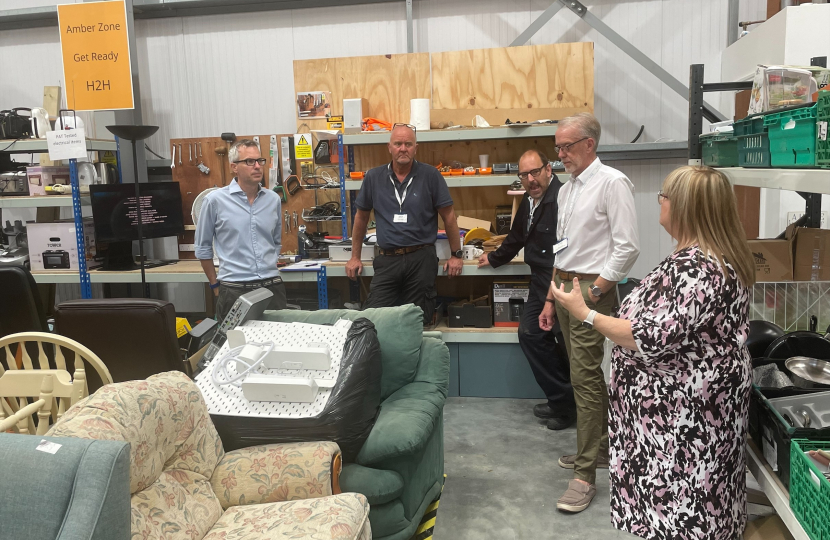 James has revisited The Purfleet Trust's Pathways Project a year on to see the progress they have made in helping people into employment and turning a house into a home.

Paula Hall, the CEO, joined him along with volunteers and a client who the Pathways Project has helped turn his life around and is offering a work placement at the project.

Since the project began last year, it has helped 53 households turn a house into a home, including the homeless, people fleeing domestic abuse and those on a low income.

James heard about the courses Pathways is hoping to offer with help from local businesses, including warehouse training, car mechanics, and DIY, to move into permanent employment after completion with continued wrap-around support from The Purfleet Trust. Paula explained to James the importance of celebrating clients' small achievements and the need for wrap-around support in helping to move their journey forward.

The Purfleet Trust hopes to expand its services to cover the broader borough of King's Lynn and west Norfolk, including plans for accommodating provision in Downham Market.

Commenting after the visit James said:

“It was very encouraging to revisit Purfleet Trust’s Pathways Project to hear about the difference that turning a house into a home has had on previously homeless people. Talking to volunteers it was obvious how this scheme also provides valuable opportunities for them to develop new skills. Helping to turn people’s lives around is the aim and local employers are playing their part by stepping up to offer roles for those people completing the accredited training courses on offer.”

Too many people still sleep rough on the streets of North West Norfolk and across the country. The human cost of this, in broken lives too often cut short, is unacceptable.

Everyone aged 50 and over will be among those offered a COVID-19 booster and a flu jab this autumn under plans to increase protection against respiratory viruses ahead of winter.