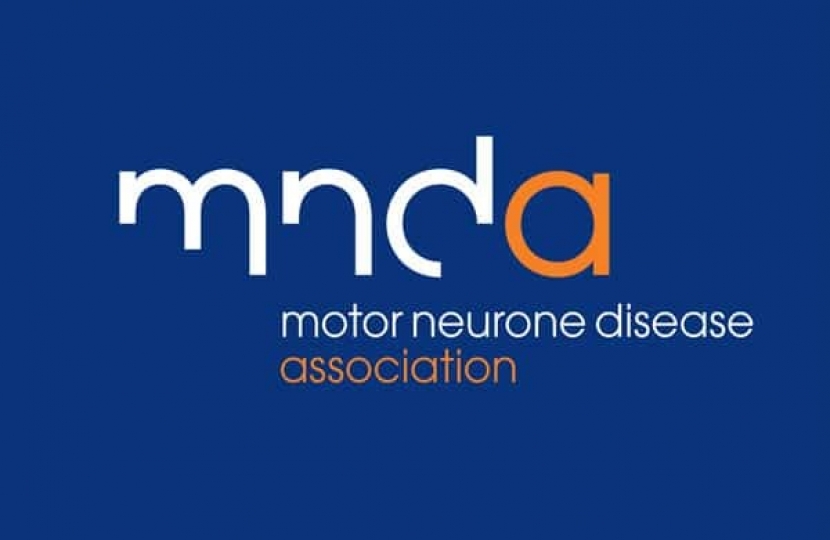 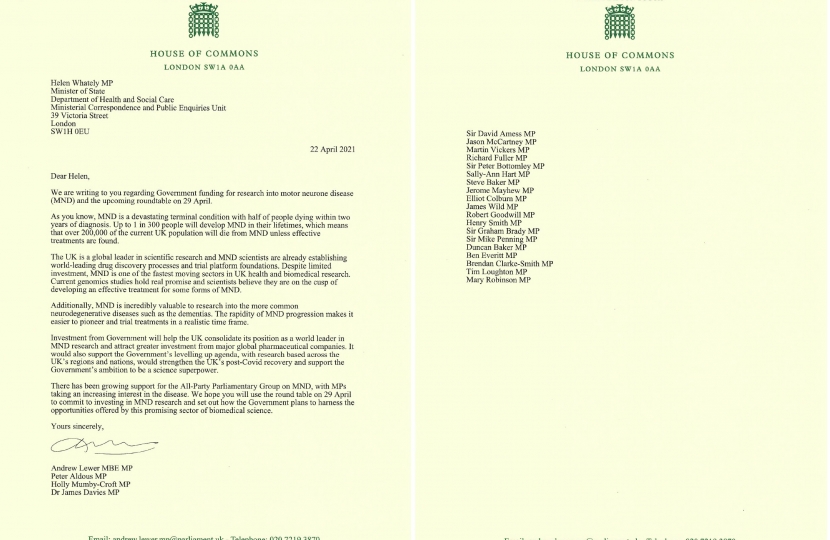 James has joined with other  MPs to call on the government to invest greater funding into research for Motor Neurone Disease (MND) to help pioneer treatments for this devastating condition.

In a letter to Health Minister, Helen Whately MP, ahead of a roundtable meeting to discuss MND the MPs wrote:

"As you know, MND is a devastating terminal condition with half of people dying within two years of diagnosis. Up to 1 in 300 people will develop MND in their lifetime, which means that over 200,000 of the current UK population will die from MND unless effective treatments are found.

The UK is a global leader in scientific research and MND scientists are already establishing world-leading drug discovery processes and trial platform foundations. Despite limited investment, MND is one of the fastest moving sectors in UK health and biomedical research. Current genomics studies hold reveal promise and scientists believe they are on the cusp of developing an effective treatment for some forms of MND.

Additionally, MND is incredibly valuable to research into the more common neurodegenerative diseases such as dementias. the rapidity of MND progression makes it easier to pioneer and trial treatments in a realistic time frame.

There has been growing support for the All-Parliamentary Group on MND, with MPs taking an interest in the disease. We hope you will use the roundtable on 29 April to commit to investing in MND research and set out how the Government plans to harness the opportunities offered by this promising sector of biomedical science."

Commenting James said," Motor neurone disease is a devastating condition affecting families in West Norfolk and across the county which is why I have supported this cause since my election. By increasing investment in the UK’s leading research base there is the potential to benefit from biomedical and genomic studies to pioneer effective treatments.”