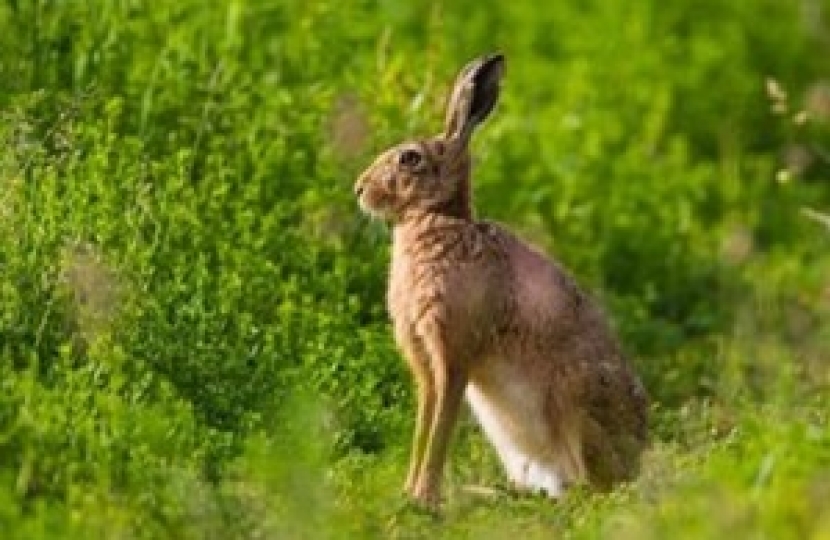 Plans to strengthen the powers and penalties available to tackle the barbaric practice of hare coursing were set out by the Government today.

Brown hares are widespread across the UK but numbers are declining. Their population is estimated at less than half a million in England and they are listed as a priority in the UK’s Biodiversity Action Plan. An iconic sight in the British countryside, the brown hare is known for its long, black-tipped ears and fast running - it can reach speeds of 45mph – and is most commonly found on arable land and open grassland. They face a range of threats, including poaching and habitat loss.

Hare coursing is an illegal activity - where dogs are used to chase, catch and kill hares - and is a serious problem in some rural areas. Not only does hare coursing involve cruelty to wild animals, it is also associated with a range of other criminal activities, including theft, criminal damage, violence and intimidation.

In amendments tabled to the Police, Crime, Sentencing and Courts Bill today, the Government has set out measures to strengthen law enforcement for hare coursing by increasing penalties, introducing new criminal offences and creating new powers for the courts to disqualify convicted offenders from owning or keeping dogs – this includes an order to reimburse the costs incurred when dogs are seized in kennels.

""Along with other rural MPs, I have been working with Defra and the Home Office to bring forward new legislation to end this cruel practice. These measures will help end this appalling activity that has blighted rural areas for too too long and is linked to other crimes”.

To deliver these measures, the Government will be tabling amendments to the Police, Crime, Sentencing and Courts Bill for debate at Lords Report stage in January.

In May 2021 Government announced, as part of the Action Plan for Animal Welfare, plans to introduce legislation to crack down on illegal hare coursing. Today’s announcement marks the Government’s recognition of the need for urgent action.

This is part of Government’s wider commitment both to improving animal welfare and to supporting the work of the police in protecting our rural communities.