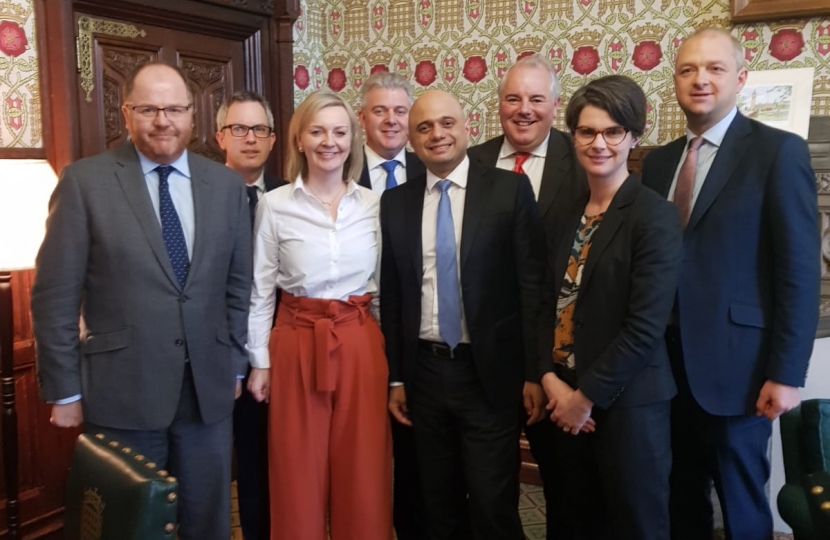 The ‘Norfolk Eight’ of Conservative Members of Parliament this week made the case to the Chancellor of the Exchequer, Rt. Hon Sajid Javid, that any ‘levelling up’ across the UK must include Norfolk. In a meeting in the House of Commons, the delegation of MPs including South West Norfolk MP Liz Truss, Mid Norfolk MP George Freeman, Great Yarmouth MP Brandon Lewis, Norwich North MP Chloe Smith, South Norfolk MP Richard Bacon,  Broadland MP Jerome Mayhew and North West Norfolk MP James Wild told the Chancellor that Norfolk must not be left behind and key investment is made in the vital infrastructure projects of roads, rail and digital services. The ‘Norfolk Eight’ have committed to work together for the benefit of all of Norfolk, that the ‘hunting as a pack’ approach secures results as was seen with the A11 dualling and ensuring the long term future of RAF Marham.

After the meeting, MPs commented ‘We speak with one voice when we say that Norfolk must not get left behind. The Norfolk 8 will keep pushing the case for Norfolk and for our whole region. Improving the Ely North rail junction, delivering Norwich in 90, dualling the A47 and providing decent digital infrastructure – both broadband and mobile – are key to Norfolk levelling up with the rest of the country.  The Chancellor acknowledged it is very important for Norfolk to have better infrastructure and agreed to look at the projects ahead of the budget.’