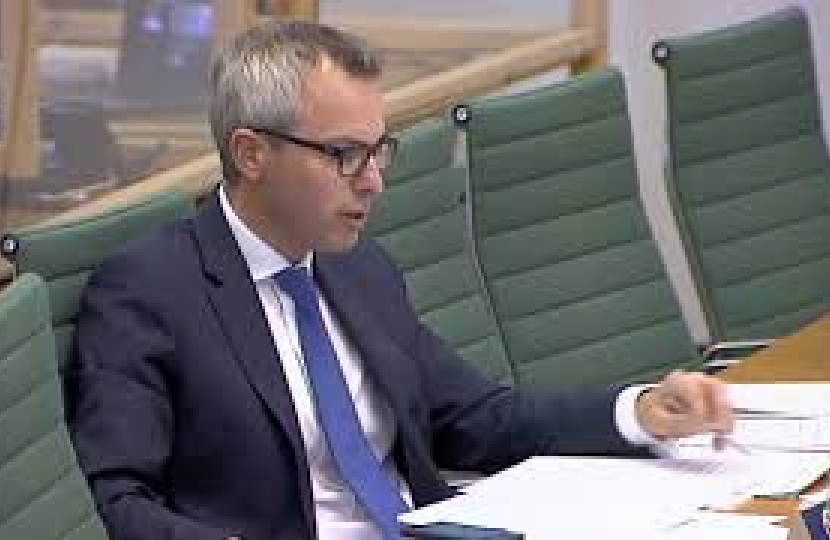 On Monday at the Public Accounts Committee, James pressed senior Department of Health and Social Care officials on the new hospital building programme.

He expressed disappointment that the QEH was not included on the list of 40 new hospitals announced when it is in need of urgent modernisation. He also highlighted that it is the same age and RAAC Plank design as two other "Best Buy" hospitals that e were on the list.

James said there was a compelling case for a new build at QEH which he supports and asked for more deal on the timing and process for the 8 additional hospitals the government has said would be selected in addition to the 40.

Following the hearing, the Department for Health and Social Care responded to a parliamentary question from James, confirming the plan to build 48 hospitals by 2030.  The next phase of this programme requires active engagement with the construction market to facilitate delivery of multiple projects at scale and pace.

The Department explained that bid process for the remaining eight hospitals is currently being designed. As these schemes will be delivered in the second half of the decade, the competition process will be announced in due course and the government will continue to  work with trusts and regions to ensure the criteria for selection best meets the needs of the NHS.

James will continue to work closely with the QEH management, and other MPs, to make the compelling case for investment.

James is campaigning for Queen Elizabeth Hospital to get more investment to support staff in delivering services the people of West Norfolk deserve.