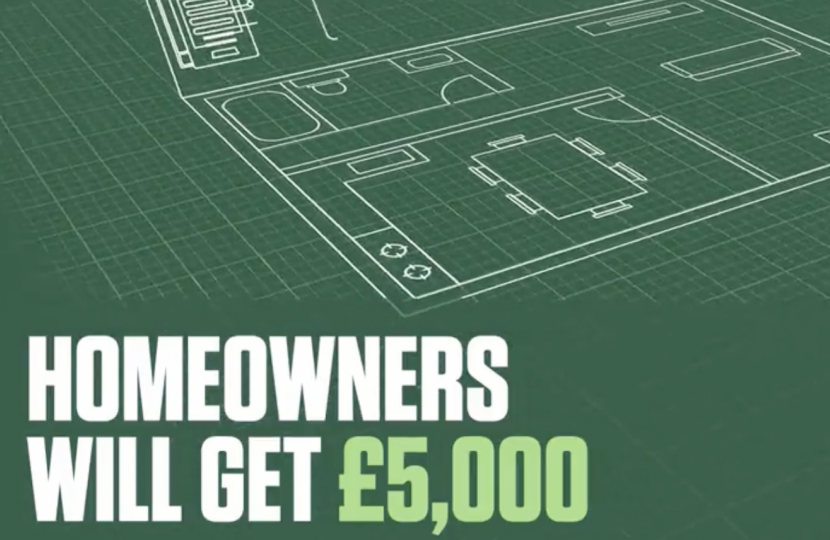 The government has set out plans to incentivise people to install low-carbon heating systems in a simple, fair and cheap way as we replace our old boilers over the coming decade.

The government plans for low carbon, efficient heating systems such as heat pumps to be no more expensive – and in many cases  cheaper – to buy and run than traditional gas boilers.

Through the Heat and Buildings Strategy, the government plans to incentivise people to install low-carbon heating systems in a simple, fair and cheap way as they come to replace their old boilers over the coming decade. This will significantly reduce the UK’s dependency on fossil fuels and exposure to global price spikes, whilst supporting up to 240,000 jobs across the UK by 2035.

New grants of £5,000 will be available from April next year to encourage homeowners to install more efficient, low carbon heating systems – like heat pumps that do not emit carbon when used – through a new £450 million 3-year Boiler Upgrade Scheme. These grants mean people choosing to install a heat pump will pay a similar amount as if they were installing a traditional gas boiler.

Over the coming years, industry leaders expect electric heat pumps will cost the same as gas boilers to buy and run. UK manufacturers are already making electric heat pumps more attractive to consumers and more affordable and the government wants to incentivise consumers to make the switch as quickly as possible.

The £450 million Boiler Upgrade Scheme is part of more than £3.9 billion of new funding being announced today by the government for decarbonising heat and buildings. This will fund the next 3 years of investment through the Social Housing Decarbonisation Fund, the Home Upgrade Grant scheme, the Boiler Upgrade Scheme and the Heat Networks Transformation Programme and reducing carbon emissions from public buildings through the Public Sector Decarbonisation Scheme.

During the statement in the House of Commons, James raised the position of people living in rural areas,

Many people in villages in North West Norfolk live in poorly insulated homes. Can the minister ensure that the home upgrade scheme and other schemes help my rural constituents to live in warmer, more efficient homes?"

"The comments that I made in relation to Cornwall earlier probably also apply to parts of north Norfolk. Of course I will commit to making sure that households that are in fuel poverty and that have poor insulation, including those in remote areas, will get the support that they need and deserve."

The government and industry will also work together to help meet the aim of heat pumps costing the same to buy and run as fossil fuel boilers by 2030, with big cost reductions of between a quarter and a half by 2025 expected as the market expands and technology develops.

This will support the government’s new target for all new heating systems installed in UK homes by 2035 to be either using low-carbon technologies, such as electric heat pumps, or supporting new technologies like hydrogen-ready boilers, where we are confident we can supply clean, green fuel.

No-one will be forced to remove their existing fossil fuel boilers, with this transition of the next 14 years seeing the UK’s households gradually move away from fossil fuel boilers in an affordable, practical and fair way, enabling homeowners to easily make these green choices when the time comes to replace their old boiler.

The government will continue to support ongoing trials for other innovative heating systems, including hydrogen. It will make a decision on the potential role for hydrogen in heating buildings by 2026, by learning from the Hydrogen Village pilot. Heat pump technology will play a key role in all scenarios, however, so this support is for those who want to install them now.

Recent volatile gas prices across the world have demonstrated the need for the UK to build a secure, home-grown energy sector which supports households to reduce their reliance on fossils fuels such as using gas boilers, while protecting consumers and businesses from unforeseen price spikes.

To ensure electric heat pumps will be no more expensive to run than gas boilers, ministers want to reduce the price of electricity over the next decade by shifting levies away from electricity to gas. A call for evidence is expected to be published with decisions made in 2022.

To help grow the electric heat pump market and expand British manufacturing, a new £60 million Heat Pump Ready innovation programme is being announced, part of the £1 billion Net Zero Innovation Portfolio. The scheme will provide funding to drive technological innovation which will make the systems smaller, easier to install and cheaper to run over the coming years.

Kick-starting Britain’s new heat pump industry is expected to protect and create tens of thousands of new jobs in research and development, production, supply chain and installation over the next decade.

The Heat and Buildings Strategy builds on the Prime Minister’s 10 Point Plan, which outlined how decarbonising households and workplaces could support 240,000 jobs across the sector by 2035, with many thousands more into the future in areas such as manufacturing, developing and installing new low-carbon technologies.

With heat in buildings being one of the largest sources of UK carbon emissions, accounting for 21% of the total, there is an urgent need to deliver a mix of new, low-carbon heating solutions to meet our legally-binding target to end the UK’s contribution to climate change by 2050.