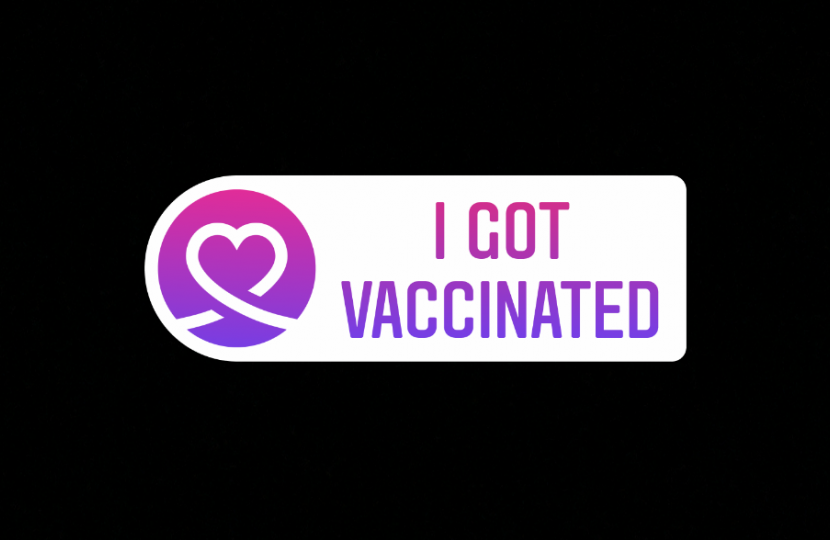 More than half of all teenagers aged 16 to 17 in England have already received their first jab, just over four weeks after the green light was given for this age group to be offered the vaccine.

To further drive vaccine uptake among younger adults and children eligible for the jab, a new campaign has launched this week across social media channels such as Facebook, Instagram and Snapchat, as well as on radio stations including Kiss, Capital, Heart, Absolute and LBC.

The campaign will have two strands – one aimed at parents and another for under 18s. Parents will be reassured the vaccine keeps everyone safe, protects families and helps keep teenagers’ ‘life on track’. The message for 16 and 17 year olds is ‘don’t miss out on half terms plans, good times, and the COVID jab’.

The NHS is texting millions of teenagers inviting them to come forward for a jab. Those who are within three months of their 18th birthday can book in through the national booking service.

Young people aged 16 to 17 can find their nearest vaccination site through the NHS online walk-in finder, with more sites opening up every day. Vaccines are available free of charge and from thousands of vaccine centres, GP practices and pharmacies. Around 98% of people live within 10 miles of a vaccination centre in England and vaccinations are taking place at sites including mosques, community centres and football stadiums.

Children aged 12 to 15 who are clinically vulnerable to COVID-19 or who live with adults who are at increased risk of serious illness from the virus are also being contacted by the NHS and invited for their vaccine.

The latest data from Public Health England and Cambridge University shows vaccines have saved more than 105,000 lives and prevented 143,600 hospitalisations and 24 million cases in England.

Advice and information on the benefits of vaccination have been shared at every opportunity, including through a range of partnerships with industries catering for predominantly younger audiences. Data from Public Health England shows COVID-19 vaccines are highly effective against hospitalisation from the Delta (B.1.617.2) variant, the dominant strain in the UK. The analysis shows the Pfizer-BioNTech vaccine is 96% effective and the Oxford-AstraZeneca vaccine is 92% effective against hospitalisation after 2 doses.

This work has included partnerships with high-profile entertainment and sports personalities on short films encouraging people to get the jab, such as film stars Jim Broadbent and Thandiwe Newton, and football figures Harry Redknapp and Chris Kamara.

TikTok’s support for the vaccine rollout includes adding the NHS ‘I’ve had my COVID vaccine’ stickers to its library for users to share, and working with Team Halo – a group of scientists using the platform - to provide the latest information on vaccines with entertaining and shareable videos.

MTV has added its weight to the vaccine campaign, with Club MTV, in collaboration with the NHS, throwing an exclusive gig on September 15, with headliners Rudimental and Young T and Bugsey, for people aged 18 to 30 who’ve had their vaccination.

The government is working closely with the NHS to make it as easy as possible to get a vaccine, including through ‘grab a jab’ pop-up vaccine sites at locations such as G-A-Y nightclub in London, the Hindu Temple in Crawley and the University of Kent’s Canterbury Campus last weekend.

The government has also partnered with dating apps, social media platforms and large companies, such as Uber, Asda and Deliveroo, on adverts and incentives to get the vaccine. For example, Asda will offer £10 vouchers for their clothing brand George at select stores to 18 to 30-year-olds who spend over £20, and Deliveroo will be distributing thousands of £5 vouchers over the coming weeks.

For the most up to date guidance on Covid-19 please visit: government advice and NHS advice.