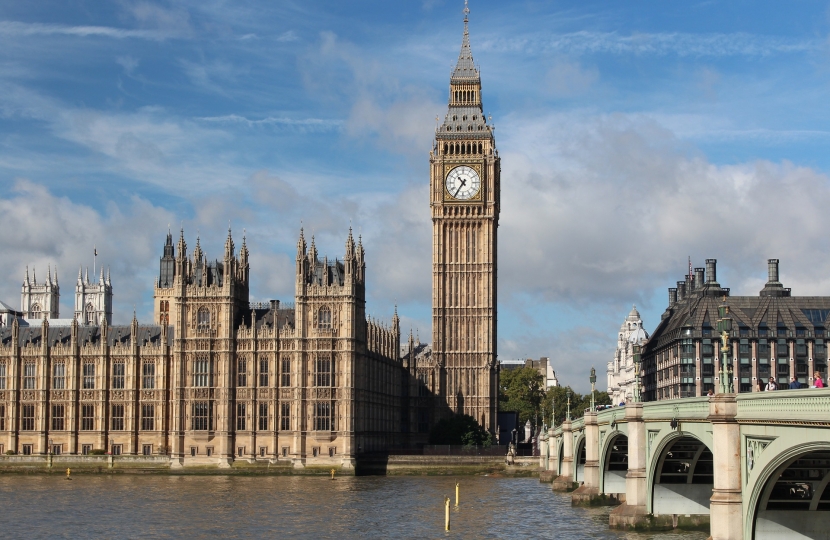 The landmark Domestic Abuse Bill will help transform the response to domestic abuse, helping to prevent offending, protect victims and ensure they have the support they need.

Today (Monday 6th July) James is in Parliament for the final stages of the Domestic Abuse Bill before it passes to the House of Lords.

James is pleased that the Bill commands strong cross-party support, exhibiting a common hope to protect and support victims of domestic abuse including children, and to ensure that perpetrators are brought to justice.

Welcoming the passing of the Bill in the House of Commons, James Wild MP said -

Domestic abuse is an appalling crime perpetrated on victims and their families in their own homes.

This Bill will put into law a new definition that recognises that domestic abuse is not just physical violence - it is also about emotional, coercive and controlling behaviour or economic abuse. I hope this Bill helps to provide the hope and faith that victims need to come forward to report their experiences and seek the support that is available.

James is also pleased  that the Pandora Project in King's Lynn has received £80,000 in government funding to continue their vital work supporting vulnerable women. The money will be used to pay for a vehicle to help staff get to victims in isolated parts of the county.

Ten organisations across Norfolk will get almost £250,000 collectively, amid concern that lockdown has contributed to increased violence, while social distancing regulations has meant the way people are helped has had to change. Norfolk’s Police and Crime Commissioner, Lorne Green, said: “This fund is a lifeline for the many organisations which have, in many cases, had to completely change their way of working and move to a more agile and digital method of delivery.”

The Domestic Abuse Bill aims to ensure that victims have the confidence to come forward and report their experiences, safe in the knowledge that the state will do everything it can, both to support them and their children and pursue the abuser. In summary, it will:

A number of new government amendments have been introduced to strengthen the Bill further including:

James is clear that the debate's focus is on a Domestic Abuse Bill and so will not be supporting amendments that relate to other policy areas, such as abortion.

James is pleased that the Government is committed to doing what it can to support migrant victims of domestic abuse.

In 2012, the Coalition goverment introduced the Destitution Domestic Violence Concession (the Concession) and the Domestic Violence Indefinite Leave to Remain Scheme (the Scheme) to support migrant victims of domestic abuse who are living in this country via a partner visa, or on visas as a partner of a refugee or of a member of the armed forces. The Concession permits them to receive welfare payments, support and safe accommodation, and the Scheme allows them to apply for the Indefinite Leave to Remain that they would have secured had their relationship not been abusive.

The Concession and Scheme are not available to people who enter the country on other visas, such as visitor, student or work visas, or who are here illegally.

The government have listened to concerns raised by charities working with migrant victims and want to improve the support such victims receive to help them recover from domestic abuse. That is the Government are investing £1.5 million in the Support for Migrant Victims pilot scheme, to be launched later this year, that will support migrant victims of domestic abuse who do not have access to public funds to access safe accommodation and services. The pilot scheme will not only support more people to find safe accommodation, but it will also help gather the data that is needed to develop sustainable solutions for all migrant victims of domestic abuse over the long-term.