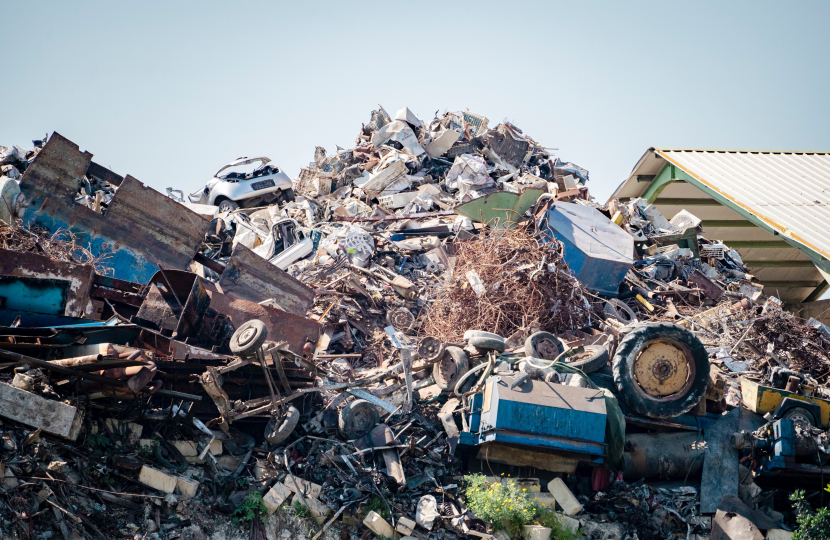 Households will no longer have to pay to get rid of DIY waste under plans set out by government to change the rules that currently allows some local authorities to charge for DIY waste from households.

Under the proposals, household DIYers would not be charged to get rid of waste including plasterboards, bricks and bath units.

This is part of a fresh move to crack down on fly-tipping, which has increased since the beginning of the pandemic.

The government banned backdoor charges on local residents disposing of household rubbish at household waste centres in 2015 and since then guidance has made clear that this includes DIY household waste.

However, around a third of Local Authorities still charge for certain types of DIY waste, using rules designed for construction waste. The changes outlined in a technical consultation published today will change this rule and could save households up to £10 for an individual item – for example, a sheet of plasterboard.

Fly-tipping is a crime which blights communities, poses a risk to public health and the environment, and costs up to £392 million a year. Local authorities dealt with 1.13 million fly-tipping incidents in 2020/21, up by 16% from 2019/20.

Alongside this, a call for evidence on the use of booking systems at recycling centres will be launched today – some of which were brought in when restrictions were imposed during the pandemic – amid concerns these could be making it harder for people to dispose of their waste and increasing the risk of fly-tipping.

Finally, a number of councils in England will also be awarded grants to tackle fly-tipping through trial projects, including CCTV to target hotspots.

A number of local authorities charge for construction waste such as paving slabs and roofing materials, but the Government is today consulting (LINK) on amending legislation so that householders cannot be charged for of DIY waste at recycling centres.

In addition, new council grants totalling £450,000 will help fund a range of projects such as:

These new plans build on extra funding given to the Environment Agency to tackle waste crime as well as new powers to stop illegal waste sites posing a risk to the environment, including the ability to lock up sites and force rogue operators to clean up all their waste.

The action announced today comes after plans to reform the waste industry, were launched in January. Digital waste tracking will mean those handling waste will record information from the point waste is produced to the stage it is disposed of, recycled or reused, making it easier for regulators to detect illegal activity and tackle fly-tipping and other waste crime.

Our reform of the licensing system for waste carriers, brokers and dealers will increase the competence and background checks needed to operate as a waste carrier, broker or dealer, and make it easier for regulators to enforce against non-compliant operators whilst making it harder for un-registered operators to find work in the sector.