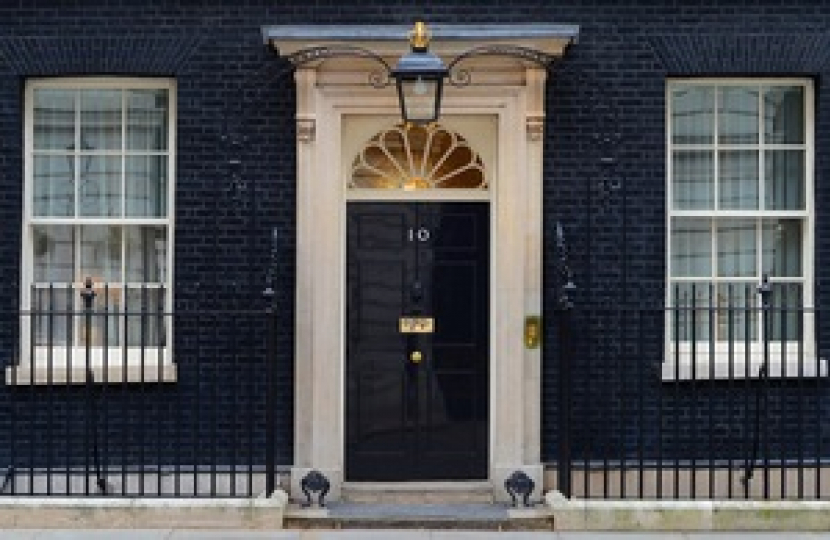 The Prime Minister and his Cabinet will meet today to drive forward their mission to cut crime and make our streets safer.

In a meeting of Cabinet the Prime Minister will reinforce that the critical role of any government is to protect the public before Ministers update on the progress being made to tackle crime and restore confidence in our justice system.

Since the Prime Minister came into office, there are now over 13,500 more police officers across England and Wales, with an extra 211 in Norfolk. This growing police force has helped roll up over 1,500 county lines and through Project ADDER, disrupt over 700 organised crime groups.

Today’s meeting comes as Ministers prepare to announce a package of additional measures to crack down on crime across the country this week, including empowering the police to take more knives our streets and stepping up action on drug use to tackle the crimes they fuel.

While neighbourhood crime and serious violence is falling, the sad reality is that too many people are still growing up in communities blighted by criminals. That is why this government is determined to crack down on violence and restore confidence in our justice system, in order to truly level up the country.

Through our Beating Crime Plan, we are putting thousands more police on our streets, getting tougher on violent criminals and cracking down on county lines drugs gangs – so that everyone can have the security and stability that comes from having safer streets.

Today’s Cabinet meeting comes as the Government continues to back police with the tools and resources they need to protect the public and make our streets safe.

Yesterday, the Home Secretary lifted restrictions on the police using stop and search in areas where they expect serious violence to happen. These restrictions, which have been in place since 2014, have limited when officers could use the vital power and hindered their ability to rid the streets of dangerous weapons. By making it easier for the police to seize more weapons, the government is backing forces to drive down knife crime and save more lives.

Later today, in a speech to the Police Federation, the Home Secretary will announce that Special Constables will be given powers to use Taser, if Chief Officers authorise it and they receive Taser training. This is the latest example of this Government ensuring they have the tools, power and resources they need to keep us safe and protect themselves.

These announcements coincide with this year’s Operation Sceptre - a week of intensive action from every police force in England and Wales to combat knife crime up and down the country.

On Thursday, Policing Minister Kit Malthouse will host a National Drug Summit to tackle drug use and the crimes it fuels. On Friday, Deputy Prime Minister and Justice Secretary Dominic Raab will outline new investment to get young offenders back on track, and reduce reoffending.

During the meeting, the Cabinet will also get an update on the action that has already been taken to make our streets safer.

This includes recruiting over 13,500 police officers to date – putting us well on our way towards meeting the manifesto commitment of putting 20,000 officers on our streets by 2023 – and recruiting more rape specialists to the CPS with a 20% increase in CPS Rape and Serious Sexual Offences staff.

Cabinet will also discuss how the recently passed Police, Crime, Sentencing and Courts Act will give the police and courts the tools they need to keep people safe, overhaul the justice system to restore confidence and make sure punishments fit the severity of the crime.

Together, these initiatives are a crucial step but there is more to do, and Ministers will be urged to ensure all departments support this mission and do everything they can to cut crime and keep the public safe.

As well as cutting crime, this Government’s priorities over the coming months are doing all we can to end Putin’s onslaught in Ukraine, growing the economy to address the cost of living, funding the NHS to clear the covid backlogs and providing the leadership needed in challenging times.